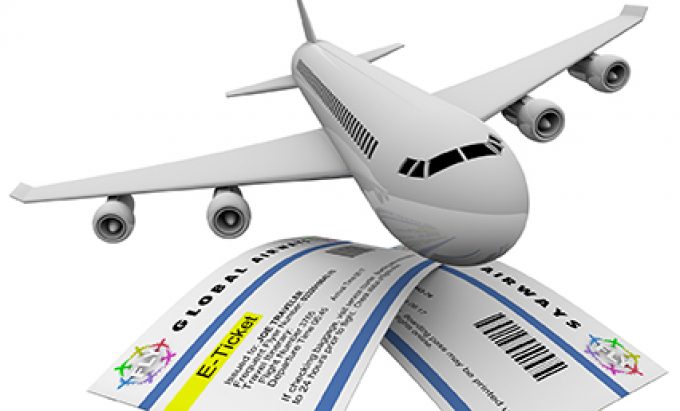 Inspired by The Loadstar’s recent interview with Lufthansa Cargo’s Alexis von Hoensbroech, the founder of Freightos, Zvi Schreiber, looks at which directions the air carrier market needs to evolve towards in order to keep the competitive tech edge.

Thesis: The air travel industry was one of the first global industries to truly move online. But while internal IT systems for air cargo have progressed somewhat, the air cargo industry has not adopted digitisation to anywhere near the extent of the passenger industry, creating high back office costs, missed revenue due to inflexible pricing, and poor customer experience for shippers.

“Digital is an attitude…that has to do with serving our customers better. We need to be extremely agile or someone else is going to be more agile and develop something that is slightly better than what we’re doing.”

That’s Alex Cruz, the CEO of British Airways, talking about BA’s evolution. Truth be told, the passenger travel industry actually has an impressive tech track record. In 1995 airlines, via online travel marketplaces, started selling tickets directly to consumers online and by 2017, 83% of US travellers were using digital channels to book their trips.

But the jump online wasn’t as rapid as it may seem. It was made possible by a foundation of pricing and capacity automation dating back to Sabre’s reservation system in the ‘60s. This was later joined by powerhouse Amadeus in the 1980s, as 1978 airline deregulation morphed reservation management systems into Global Distribution Systems, combining schedule and fare information into pricing management. This effectively enabled travel agents to book flight from their computers far before the internet was built.

While the air passenger industry has a solid tech foundation, air cargo does not. And while that’s easy for me to say as a start-up, it’s echoed by industry professionals as well:

If the evolution of air travel taught us anything, it’s that today’s vision is tomorrow’s competitive necessity. So based on conversations with dozens of top air cargo carriers and forwarders, here’s four trends no company can afford to ignore.

To date, the industry has a poor track record of creating usable standards. But not for lack of effort. Electronic airway bills (eAWB) are a familiar example. While electronic passenger tickets were introduced in 1994 and reached a 97% penetration rate by 2007, the eAWB standards was adapted as an IATA standard in 2010, and adoption in 2018 still hovers at 53%.

Progress in updating old IATA EDI standards to a modern XML framework has been painfully slow. An IATA workgroup for XML messaging dates back to September 2005 but has yet to finish the job of converting all the old EDI message standards to XML. And while it’s widely recognised that private standards impede development, the IATA workgroup tasked with creating open standards has instead created an XML toolkit which sets an individual developer back nearly $1,000.

Yes, believe it or not it costs US$999 to take a look at a not-so-complex set of XML “open” standards, which is still incomplete, 13 years after the initiative was launched by the International Air Transport Association.

That can’t last. Customer expectations will demand interoperability and it’s up to the industry to move to truly open modern standards and accelerate adoption.

In the 1970s, it became clear that that passenger travel prices and capacity fluctuate radically. The evolution of differentiated pricing began then but continued with early adopters of truly dynamic pricing like Easyjet’s, with annual passengers growing from 5.6m in 2000 to more than 68m in 2015 – each paying a ‘unique’ price for their seat.

Air cargo pricing is, in almost all cases, still set manually, with most rate sheets updated twice a year. But, in reality, we all know that when capacity tightens, an index price of $3/kg for ex China-US is unlikely if your goods need to get on the plane tomorrow. So airlines have evolved manual processes for introducing short-term promos, or human beings negotiating ad hoc rates on the phone, while urgent cargo waits another day or two.

Dynamic pricing isn’t just a buzzword; money is left on the table from missed orders in a soft market, and missed revenue when precious cargo capacity is sold cheap during peak season. Now is the time for dynamic pricing and revenue management.

An iPhone X costs $1,000 (the same as a single user license to IATA’s incomplete XML standards). It’s an amazing piece of technology but it is rendered nearly useless when it doesn’t have WiFi or cellular technology. Its sheer computing power puts a 1980s space shuttle to shame… but the real advantages of technology today stem from connectivity, not just computing. This has been true since the early days of computer connectivity; Sabre and Amadeus’ early success came from enabling airlines and travel agents to interact.

Start-ups build for connectivity from the bottom up. For example, our live pricing and routing APIs let me build this fun example of Amazon Alexa getting a quote in just a minute. Large companies locking in clients to their own systems will quickly become a thing of the past. As you can guess, this will be hastened by open standards.

How many of those 20,000 Web APIs are offered by cargo airlines?  I believe you could count them on one hand.

Once standardisation and multiple systems are weaved together, technology should put the customer in the driver’s seat. Shippers will be able to engage with systems to instantly get the air cargo price and capacity they need for their supply chains. Some customers already get online, with 25% of top forwarders providing at least partial instant quoting and booking of air cargo services and price comparison on sites like ours. However today these quotes do not include capacity of specific flights.

The next step is shipper platforms engaging with provider platforms. Imagine a retailer’s ERP system alerting that some teddy bear is selling like hot cakes, and the system automatically books air cargo capacity for more teddy bears. This isn’t fanciful, a large retailer customer of ours is actually air freighting teddy bears as we speak. But the booking is not yet automatic. We are now working with partners to make this happen.

This automation does two things – it improves customer experience and it reduces costs. Provider sales teams can easily spend 30% of their time on RFPs and data management. Sales teams are good at selling and every minute spent managing data is a minute they’re not selling.

Finally, and this is a fitting end point, automation does not mean deprioritised communication with customers, as our latest digital freight survey found. Amazon, the king of automation, built a $780bn dollar empire on automated customer service…and their customer satisfaction metrics consistently outperform every other industry.