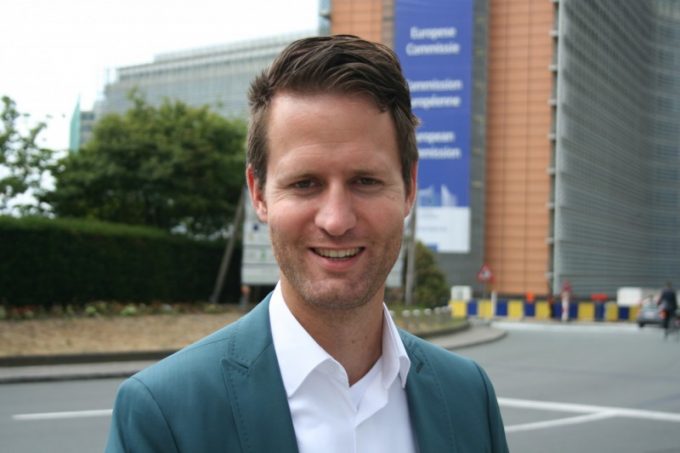 Joost van Doesburg, formerly of the European Shippers Council, has been appointed as head of Schiphol Cargo, in a controversial decision, following the departure of Anne Marie van Hemert.

Mr van Doesburg’s most recent role has been at the Netherlands Trade Union Confederation (FNV), where he has been campaign leader at Schiphol, which has involved putting pressure on the airport. He has also been manager public affairs for the Dutch Airline Pilot Association (VNV).

But perhaps his most relevant role has been as air freight policy manager for the European Shippers Council, and secretary of the Council of Air Shippers. He was an enthusiastic, outspoken and sometimes abrasive lobbyist for air cargo’s shippers.

Not everyone liked his style, and his new appointment has come as a surprise to some in the Dutch air cargo business.

While Schiphol said that “his appointment is in line with the wishes of Air Cargo Netherlands (ACN) to appoint a dedicated head of cargo who is firmly positioned in the Schiphol organisation”, ACN has not always been enamoured with Mr van Doesburg and has said so publicly, but it also acknowledged that “he kept us sharp”.

Maarten van As, managing director, told The Loadstar: “The importance [of air freight] has been insufficiently recognised by the airport and ACN has therefore been lobbying for years for a dedicated director of Schiphol Cargo who reports directly to the management. A director of cargo who stands up for the interests of the air cargo chain ‘inside Schiphol’ and who is the public face of Schiphol Cargo.

“We expect Mr van Doesburg to be given this position and space within the Schiphol organisation.

“He is certainly no stranger to the parties in the Dutch air freight sector. In all [his] roles, we know he is an ambitious and critical person.”

But one Dutch air cargo executive said: “The cargo community is totally unhappy. People feel that Joost has at times cost the airlines and handlers money, and has thwarted them.

“His focus should be on the cargo pool, digitalisation, innovation and the port community system, which is in a big mess.

“What is a shame is that Schiphol is not building consistency in cargo knowledge. Everyone leaves after a year or so.”

Another executive said, dryly: “This should be interesting.”

However, Mr van Doesburg said he would bring his unique brand of enthusiasm and hard work to the airport. Speaking to The Loadstar he admitted he was surprised by the offer, after he had spent much time at loggerheads with the airport to improve labour conditions.

“In the last six months a lot of things changed and we improved the social position of the workers. And then the relationship with Schiphol improved, and as a result I can return to my passion of air cargo.

“I was quite surprised to be approached, it showed a lot of courage from the airport, and now I am 1000% committed. I will start to speak to the community, find out the biggest problems and deal with them. I will give it the full force of my attention and ensure Schiphol gets back on top.”

Schiphol said Mr van Doesburg’s focus would be on long-term projects, such as the development of Schiphol South-East into Cargo City, the construction of a future-oriented port community system and the Smart Cargo Mainport programme.

Patricia Vitalis, director airport operations and aviation partnerships at Royal Schiphol Group, said: “Cargo is hugely important for Schiphol and the Netherlands. We are convinced Joost will successfully represent the interests of the air cargo sector. We have had many discussions over the years, but the common denominator was always that we want to make Schiphol a better place for employees and for the Netherlands.”