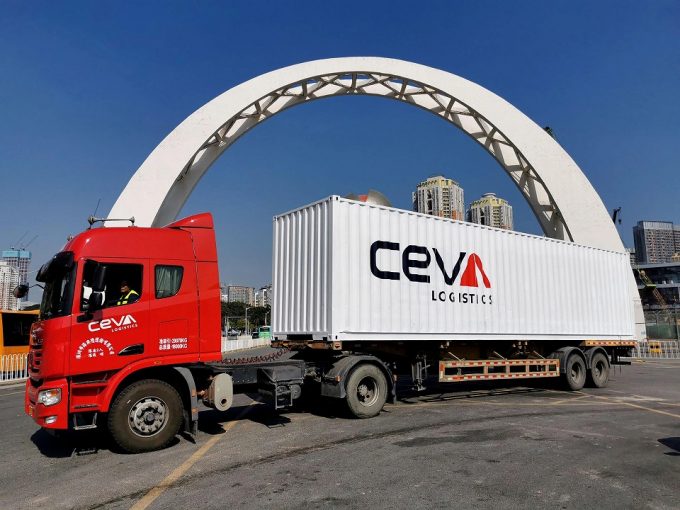 With Shenzhen acting as a regional hub for Chinese cargo, the twice-weekly service provides connections to Hanoi, Bangkok, Penang, Kuala Lumpur and Singapore.

The Marseilles-based forwarder says it offers a lead time of seven days between Shanghai and Singapore, for example, with the network designed for customers who don’t have sufficient full-truckload (FTL) volumes.

Michael Leong, Ceva’s ground and rail leader for the region, said: “We are confident that this new lead-time-efficient and cost-effective solution will enable our customers to adapt to the increasingly evolving needs of their supply chains in a flexible and scalable way.”

The forwarder claimed to be one of the largest players in South-east Asia’s burgeoning cross-border road freight market, moving some 25,000 teu each year.

The region’s shippers have increasingly looked to cross-border land transport to keep supply chains open, as trade was heavily reliant on air cargo capacity lifted on passenger flights suddenly grounded due to the onset of the Covid crisis. Later, the capacity crunch and container shortage in ocean freight would add to the volatility and rising demand for cross-border alternatives.

Ceva’s new LTL product also highlights the growing demand for LCL services, as shippers look either for an alternative to costly airfreight, or for space on a containership that doesn’t require securing the use of a full container, given the huge global shortage.

Even before Covid hit, efforts were underway by Asean countries to improve the efficiency of cross-border trucking, including road upgrades, logistics infrastructure and digitised customs clearance.

For example, after years in the making, in December the Asean Customs Transit System (ACTS) was launched, allowing forwarders to make a single customs transit declaration covering multiple Asean countries, without the need to make repeated declarations or change vehicles at the border.

Meanwhile, Ceva noted its new China-Asean LTL routes would “build on the success” of its trucking service between China and Europe.

It started in 2019, operating under the UN TIR convention, which allows goods to be sealed in load compartments without the need for further customs inspections. At the time, Ceva said the journey was “Ten days faster than rail”.

In December, however, the forwarder said it had launched “the fastest” LTL service between China and Europe, with a hub-to-hub transit time of 12 days. European hubs are in the UK, Poland and Germany, with onward trips to final destinations taking another two-to-three days.