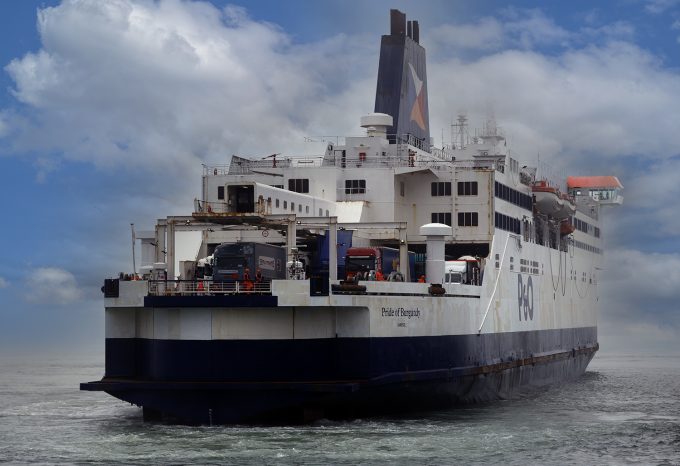 Amid growing demand for cross-Channel ferry freight services, seafarer union Nautilus is preparing for a ballot among its members working for P&O Ferries.

A spokeswoman for the union explained to The Loadstar that the ballot was “for action short of a strike.

“That means work to rule, no overtime and no call backs to work,” she added.

DFDS this week issued its June volume report ,which shows June volumes across its four trading areas – North Sea, Baltic Sea, the Channel and Mediterranean – were 19.5% above June 2020.

“The extraordinary volume growth reflected the recovery from the significant volume reductions in June 2020 caused by lockdowns related to Covid-19,” said the line.

“Mediterranean’s volume increase was the highest in June 2021 as the volume recovery in 2020 in this region lagged Northern Europe due to a high share of automotive volumes.

“Trading between the EU and the UK continued to be robust,” it added.

Surging cross-Channel demand was one reason why DFDS and P&O Ferries recently entered a mutual space charter agreement between Dover and Calais, aiming  to shorten freight customers’ waiting times and improve the flow of traffic between the UK and the EU.

Under the agreement, freight drivers will be able to board the next available sailing when they arrive at Dover or  Calais “regardless of which of the two ferry companies is operating the crossing”. The companies said this would “save our freight customers up to 30 minutes on their overall journey time”.

Higher levels of demand, as well as the entrance of Irish Ferries to the market, also prompted P&O to reintroduce a fifth vessel to the route, the Pride of Burgundy.

However, that could be a cause for concern for carrier and customer alike, if seafarers working for P&O vote to tale action. Nautilus will ballot its members on 20 July over what it claims is under-manning on the vessel.

“By only working contracted hours we believe P&O will have to suspend sailings on at least two if not three vessels, and that’s because its crewing levels are so tight,” the Nautilus spokeswoman added.

The union said the ferry had been reintroduced with “fewer officers working for longer, and being heavily reliant on agency labour rather than permanent crew”. This contravenes the collective bargaining agreement (CBA) with the operator, it claims.

“Nautilus has worked closely with the company for decades and has a CBA which guarantees certain conditions and safeguards working practices for those onboard.

“The CBA includes specific mention that the Pride of Burgundy is covered in the provisions of the agreement. However, despite repeated attempts at resolution, P&O Ferries has not conceded that its actions of reducing crewing numbers and lengthening tours of duty breach the agreement and could result in safety issues due to increased fatigue.

“It is of further concern that P&O is engaging agency staff to avoid the application of the collective agreement to them, as it only applies to directly employed staff.

“This could undermine future industrial relations and the concept of secure full-time employment with the company,” Nautilus said.

If members approve the ballot, action is expected to begin on 26 August.