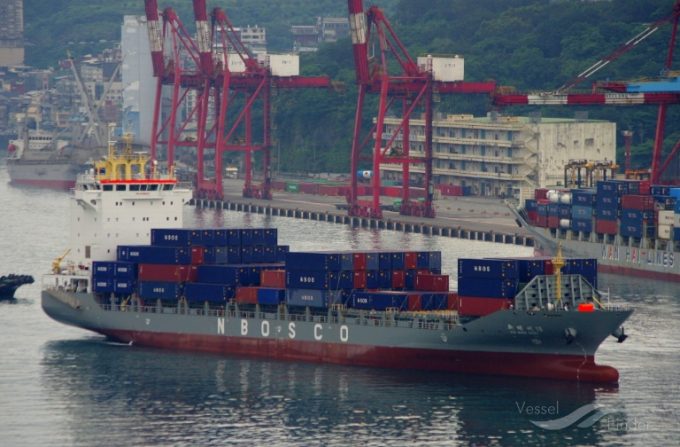 Ningbo Ocean Shipping Co (NBOSCO), Ningbo-Zhoushan Port Group’s shipping subsidiary, is going ahead with its listing on the Shanghai Stock Exchange, although it is halving its fundraising target.

In its prospectus to the Shanghai bourse on Monday, NBOSCO said it would be issuing not more than 130,863,334 shares, to raise CNY1bn ($138m) to buy or build containerships, bulk carriers and 10,000 teu of containers.

The state-owned Ningbo-Zhoushan Port, which holds an 81% stake in NBOSCO, will remain the majority shareholder. Zheshang Securities is the sole underwriter for the listing on 7 November.

The carrier said: “We’re leveraging on capital markets and we see future opportunities from China’s Belt and Road initiative and the development of the Yangtze River economic belt.”

NBOSCO’s routes focus on carrying goods from the Yangtze River Delta to elsewhere in Asia, as well as coastal feedering.

In the first six months of this year, revenue was $339m, with net profit at $58m. The company has handled 173,865 teu of containers from its shortsea services and 1.2m teu from coastal transport.

NBOSCO’s prospectus, however, reminded potential investors of risks to its earnings, especially in view of the correction in container freight rates.

It said: “The shipping market has now formed a relatively stable competition pattern, and liner operators have moved towards preserving profits, rather than growing market share. However, if competition grows, shipping companies will strive to increase their vessel capacity. If demand growth cannot keep up, this may result in excess shipping supply capacity in the industry.”

The company also alluded to the easing of port congestion that contributed to the market correction, and added: “If the pandemic situation is greatly improved and the problem of capacity shortage solved, freight rates may drop significantly, which will affect our earnings.”

SEEKING ALPHA reports: The IPO waters may be frigid, but that isn’t stopping a handful of ...

Against the odds: Record €100 Porsche a godsend for DB Schenker sale

Another lesson from the luxury carmaker