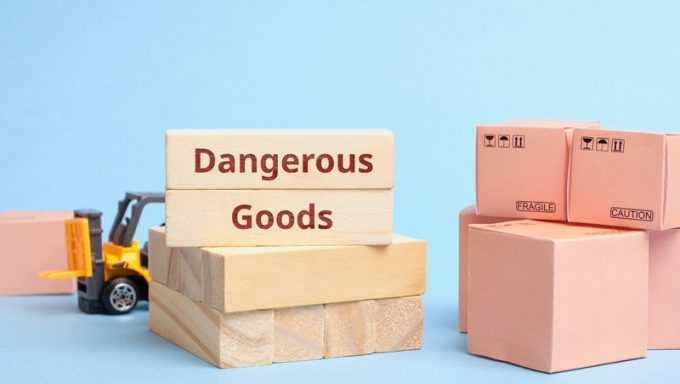 In the world of dangerous goods, the end of a tumultuous and challenging 2022 does not provide the usual welcome break.

The regulations operate on a two-year cycle, so the new road (ADR), rail (RID), sea (IMDG) and air (ICAO Technical Instructions) regulations begin to replace the old editions next month.

New editions provide an opportunity for regulators to tidy up and amend text which, perhaps, has led to some confusion or a lack of clarity. So, there are numerous small changes, such as new definitions, sometimes a re-classification of a product and perhaps some changes to the maximum amount of dangerous goods that can be put into one package.

Those involved in the food flavouring industry will see the retirement of UN 1169, shippers will have to use UN 1197 in future – the proper shipping name changes to “Extracts, flavouring liquid”.

One of the biggest changes in the ADR road regulations means that many more consignors/shippers and freight forwarders will come into scope of the Dangerous Goods Safety Adviser (DGSA) legislation. There is no additional text in ADR, but a transitional measure included in the 2019 and 2021 editions of the publication has disappeared. The exemptions that have always existed, such as those consignors only involved with excepted and limited quantities, using certain special provisions and under the load thresholds continue, but there are many organisations that need to consider if they now need to appoint a DGSA.

Becoming a DGSA in the UK involves passing three exams on the same day. There are usually four sessions a year, and a training course to prepare for the exams, while not mandatory, is highly recommended. The other option is to appoint an external DGSA consultant, who can provide advice, monitor compliance and prepare the annual report. Both approaches have their benefits and drawbacks, and organisations have to find the model that works for them – with many pursuing both options to provide an internal resource and a backup or external opinion.

No year goes by without changes to the rather long-winded and complex lithium battery regulations.  In recent years, there have been a number of incidents where the finger of blame has been pointed at lithium batteries, even though final evidence of their involvement is sometimes difficult or impossible to prove.  The Felicity Ace sank in February 2022 while on route from Germany to the US after a fire broke out. The car carrier had 3,965 vehicles on board, including 189 Bentleys, 85 Lamborghinis and nearly 2,000 Audis. There was also the case of an undeclared container of lithium batteries catching fire on the Cosco Pacific while sailing between China and India in January 2020.

One change to the lithium battery mark is that the requirement to insert a telephone number for further information will disappear, but consignors can use their old marks until 31st December 2026, so do not have to purchase new ones for some time.

In addition, the air mode has introduced a requirement that packages of lithium ion batteries (UN 3480) and lithium metal (UN 3090) being shipped under specific thresholds (1B), must now be capable of withstanding a 24-hour stacking test.

All these changes may sound simple, but it is essential shippers of dangerous goods are fully aware of them. Failure to comply will result in shipments being stopped, goods not reaching their desired destinations, unhappy customers and, in the event of an incident, potential legal proceedings.

The first step is, therefore, to invest in the new publications, speak to a specialist, or participate in one of the many update seminars that several organisations run at this time of the year. Ignorance is not an excuse!