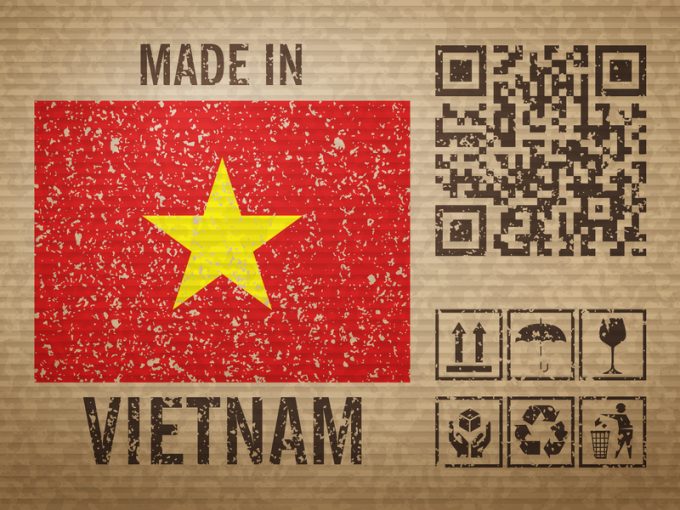 Factories in Vietnam and southern China are working through their lunar new year holidays to catch up with production backlogs.

But getting goods to market is a challenge, thanks to bottlenecks in shipping capacity.

For Vietnam, the problem is more pronounced, as it also threatens the inbound flow of raw materials for manufacturing, which could slow the country’s meteoric rise and force some sourcing back to China, warned Akhil Nair, VP global carrier management and ocean strategy at Seko Logistics.

Intra-region supply chains have been disrupted by the discrepancy in demand and available capacity. Across the Pearl River Delta, feeder operators stopped accepting cargo seven to 10 days out, in the run-up to Friday’s new year holiday, some even declining new bookings until the end of February, Mr Nair reported.

Cargo that would normally move on barges from feeder ports to major gateways has now to be trucked to make outbound connections, he added.

Shipping lines have no spare capacity to throw into the fray – “they are just optimising at the moment,” he said, adding: “Under these circumstances a willingness to pay extra does not go far, as there is no differentiation between regular and priority services. Priority has become standard.”

For Vietnam the situation presents a two-fold conundrum: direct capacity has not been cut, but it is insufficient to meet demand; at the same time, the shortage of available containers is exacerbated by shipping lines’ preference to put empty boxes into the Chinese market in response to higher yields.

“All the shipping lines primarily position equipment first to China, and the intra-Asia trade, used as feeder positioning for containers back into South-east Asia, has been lowered in priority, because everybody wants to get containers back to the west as soon as possible for the highest yield,” Mr Nair said.

A sizable portion of manufacturing operations in Vietnam are owned by Chinese firms that moved into the country as US importers took steps to divert some of their sourcing, which might facilitate a temporary repositioning of production from Vietnam to China, he noted.

Surface transport cannot make up for the lack of intra-regional capacity.

“There is not enough rail capacity to create an impact or absorb the volumes needed or the intra-Asia flows impacted,” Mr Nair said.

“At Seko, we increased our cross-border volumes from China to Vietnam by more than 100% in 2020, which was caused by many factors, one of which being the disruption in capacity and schedules of ocean carriers in this lane.”

Theoretically, Vietnamese exporters could route their traffic over other gateways in the region or use airfreight, but the cost does not justify the use of alternative gateways, he said.

Moreover, the container shortage seems to be affecting the entire South-east Asian region, he added.