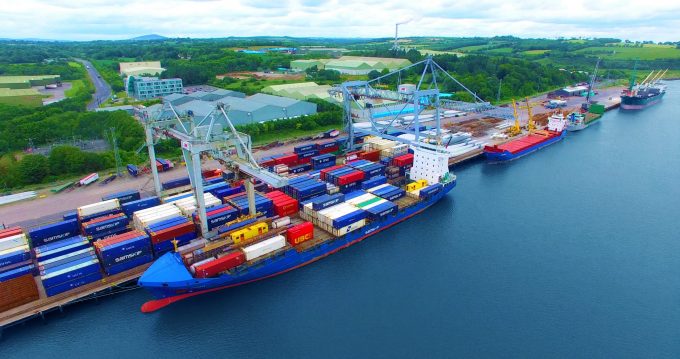 Multimodal operator Samskip has introduced a larger, faster ship on its Dublin-Amsterdam service, as well as introducing a call at the southern Ireland port of Waterford.

“We have experienced strong uptake for the direct route into Amsterdam’s network of rail, road and barge connections to major EU markets,” said Thijs Goumans, head of Ireland trade at Samskip.

“As anticipated, customers linking to Ireland have been eager to avoid the post-Brexit hassles of UK distribution. Waterford can expect the same seamless connections,” he added.

The service upgrade sees the introduction of the 750 teu Edith, “whose faster operating speed accommodates a call in Waterford after Dublin without any schedule disruption”.

According to the eeSea liner database, Samskip’s SKIP IE a feeder service Ireland and Rotterdam also includes a call at Waterford.

Port of Waterford chief executive Frank Ronan said “The addition of a shortsea connection to Amsterdam by one of our leading service partners demonstrates the growth opportunities that exist in both directions for direct links between Ireland and other EU markets.

The new call comes after news that Irish rail operator Iarnród Eireann and XPO Logistics are to launch a twice-weekly unitised rail freight service between Ballina and Waterford next month, aiming to convert some 5,000 truck movements a year to rail.

Michael van Toledo, general manager at TMA Logistics, added: “Every week there has been a faster uptake of vessel slots on this route, demonstrating that the Amsterdam-Ireland link is a response to demand.

“TMA’s congestion-free road access provides a platform for growth in FMCG volumes into Ireland and for Irish pharma and dairy exports via Amsterdam, with Samskip rail services offering connections to the east, and cross-docking at TMA is winning over trailer operators to and from markets further south of Amsterdam.

“A larger ship and an additional port that balances import and export traffic is the logical extension,” he added.