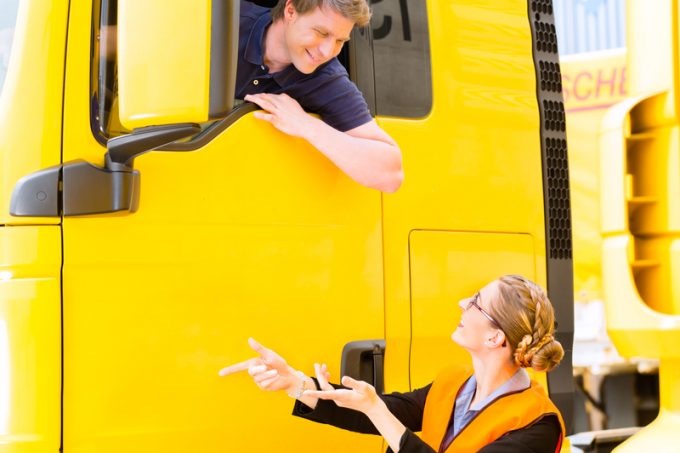 Road hauliers have been warned that only a few months remain before they are subject to a new tax to fund the UK government’s LGV Trailblazer Apprenticeship programme.

Additionally, the Freight Transport Association (FTA) remains concerned that some of its members are not capable of providing apprenticeships.

Aimed at increasing the number of lorry drivers on Britain’s roads, the programme was launched in December 2015 as part of the government’s wider Trailblazer programme to boost apprenticeships and youth employment.

Speaking to The Loadstar today, FTA skills policy manager Sally Gilson said that while the FTA and Road Haulage Association (RHA) had been working hard to alert their members of the new tax, many members – and the wider business world – were still unaware of their liabilities.

“I don’t think this is just a problem for road haulage, I think that business leaders across numerous industries are unaware that they will be taxed to fund these programmes,” said Ms Gilson.

When the programme was announced, RHA chief executive Richard Burnett welcomed it as “positive but challenging”, and cautioned that government funding commitment was crucial for it to succeed.

RHA deputy policy director Colin Snape said it was clear that while most firms were aware of the new industry apprenticeships, many didn’t realise they would be taxed to fund them.

“The apprenticeship levy is not only relevant to very large companies,” said Mr Snape. “All firms with total gross payroll costs exceeding £3m at consolidated group level must pay the this.”

He said firms with a fleet of 80 trucks or more, as well as those with smaller fleets but offering additional activities such as van operations, warehousing and workshops, would be liable for the tax, while Ms Gilson said the tax would affect businesses with 100-120 employees or more.

“According to the government, the £3m threshold will mean the top 2% of hauliers will be liable ,” she said.

“We would not be surprised though if the government realised that the cost of 100-120 employees exceeds £3m and that suddenly that top 2% figure increases,” she added.

Ms Gilson added that the Brexit vote could lead to a notable funding shortfall, with the country losing access to the European Union’s social fund, which also provides money for apprenticeship schemes.

Mr Snape said the only way firms could avoid simply losing the money they pay in new tax was to get it back in the form of funding for apprenticeships.

However, Ms Gilson said the FTA was concerned about the ability of some members to operate apprenticeships, suggesting that for some firms the payment would become just another business tax rather than an opportunity to invest in the workforce.

“Some of our members have yet to embrace apprenticeships as a way of tackling employee shortages, partly due to the lack of government funding available to road haulage firms until the introduction of Trailblazer,” she said.

“Will they be ready by April? I doubt it, as it takes a lot of investment – both in terms of time and money – to get programmes off the ground. But by the end of the year this may be more realistic.”

Despite their concerns over funding and implementation of apprenticeships, both the RHA and FTA welcomed the Trailblazer programme, and Ms Gilson added that for those in England it offered a particular benefit as the financial support was not just aimed at young people.

“It definitely pays to take on apprentices,” said Ms Gilson. “And in England, with the money not just earmarked for young people, firms can consider operating warehouse-to-wheel schemes to get older employees out on the road as they look to combat significant skills shortages.”

Mr Snape added “This should be an important new opportunity for firms of all sizes to take better control of the recruitment and training of staff.”