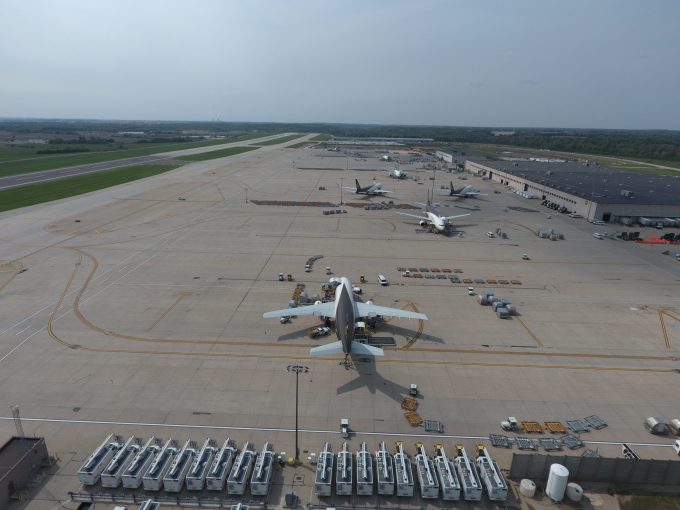 The partnership will strengthen the knowledge sharing between these two strong cargo service airports and support the collective air cargo reach of each airport. Additionally, the airports expect to work on cutting-edge initiatives to develop high-quality handling systems for ecommerce cargo.

Airport Overviews RFD, located 68 miles northwest of Chicago O’Hare International Airport, is the 17th largest airport in the United States for air cargo with more than 2.7 billion pounds (1.2 metric tons) of landed weight in 2020.The annual air cargo throughput for 2020 was 383,915 metric tons, a 17% increase over the previous year. RFD is the second largest UPS hub in North America and a base of operations for Amazon Air. RFD was named the fastest-growing cargo airport in the world in 2019. CGN is located between the City of Cologne and the former German capital city of Bonn in North Rhine-Westphalia, and represents the heartland of Germany’s urban, business and industry metropolitan development in West Germany. Combined, the two cities are home to approximately 1.4 million people. CGN is home to top global cargo airlines including UPS, FedEx, DHL and Amazon Air. The annual air cargo throughput was 863,000 metric tons in 2020.

The agreement is a catalyst for both airports to further optimize their burgeoning air cargo business. Joint goals include attracting additional cargo airlines, alleviate on-ground challenges and impact the movement of products quickly to their final destinations.

Additionally, both RFD and CGN agree to support current cargo customers by evaluating processes and procedures. It aims to make ground and cargo handling more efficient and shorten the delivery times for logistics companies.

“The pronounced similarities between our two airports provide a springboard for us to move forward proactively and efficiently to positively impact business, continued economic development and job growth in our regions,” said Mike Dunn, Executive Director, Chicago Rockford International Airport. “With our goals aligned, together we can enhance services and capabilities benefitting our cargo customers.”

The agreement between RFD and CGN is a partnership unique to the industry and progressive in its approach to further manage the increasing needs for worldwide ecommerce and cargo carriers.

“With the cooperation agreement between Chicago Rockford International Airport and Cologne Bonn Airport we will establish a regular communication and exchange platform. The aforementioned exchange will not only include airport operations, aircraft handling and cargo handling, but also security, marketing and sales as well as air cargo and e-commerce market development,” explained Johan Vanneste, President & CEO of Cologne Bonn Airport.

Forwarder-controlled airfreight and the lack of belly capacity is boosting demand for cargo airports, with ...