News / Airbus announces A350 freighter, and conversion orders mount up 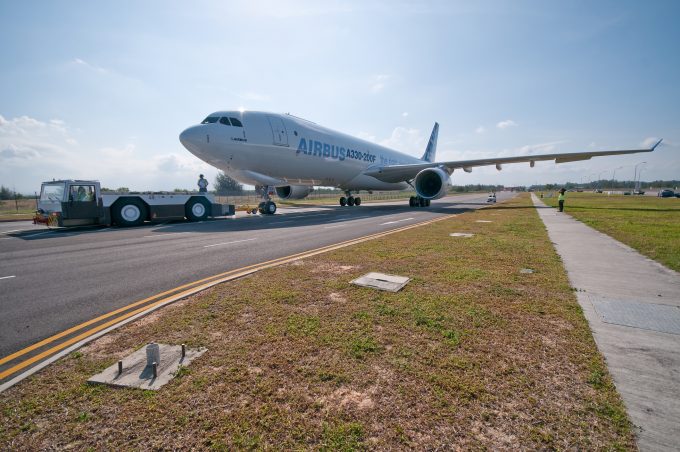 Airbus has firmly signalled plans for a freighter version of its A350, with interest from the likes of DHL and UPS.

But the action has been much livelier on the conversion side: Elbe Flugzeugwerke (EFW), the plane-maker’s joint-venture with ST Aerospace, is garnering orders to turn passenger planes into an all-cargo configuration.

EFW’s narrowbody conversion programme got a huge boost from US lessor BBAM, which has committed to taking 20 A320/321P2F aircraft over the coming three years, including two A321 freighters ordered last month to be leased by Lufthansa Cargo.

According to EFW, the order is equivalent to a full conversion line with a minimum of five slots a year.

The freighters are scheduled for delivery through to 2025, and the agreement includes an option for BBAM to add new conversion slots every year from 2026.

Steve Zissis, president & CEO of BBAM, views the A320/321 as the up-and-coming narrowbody freighter.

“We have committed to the A320/A321P2F programme well into the future – beyond 2026 – because we see it as a greener and highly innovative solution for our airline customers, and as an excellent way to drive value for our investors,” he said.

The first converted A321 freighter entered service in January, about two months before EFW inducted an A320 to kick off the conversion programme for the smaller type.

An A320 freighter can carry ten AAA pallets plus one PAG ULD on its upper deck and another seven on the lower deck – one fewer main deck pallet position than the rival B737-800 all-cargo plane.

The parcel carriers are expected to constitute the main clientele for the type, but Lufthansa also sees merit in it and intends to mount an intra-European operation with two A321P2Fs next year, based at its Frankfurt hub.

CEO Dorothea von Boxberg said: “Lufthansa Cargo wants to offer customers in the e-commerce segment fast intra-European connections. With the converted A321s, we are meeting our customers’ growing demand for same-day solutions and further strengthening our dense network of global connections and product offering.” And she added, when the decision was announced in July: “In addition to forwarders, integrators and postal operators, e-commerce providers will be customers for this offering.”

The clamour for freighters has stretched order cycles. Zach Young, director of sales & marketing at conversion specialist 321 Precision Conversions, reports that the company has sold all its A321 conversion slots until mid-2023 and B757-200 conversion slots are sold out until August of next year.

EFW has also seen an uptick in demand for converted A330 freighters. This month, ACMI provider ATSG, which has so far focused on Boeings, secured 20 conversion slots for A330s with EFW, to be carried out in the US, Singapore and China, and expected to run from mid-2023 until late 2025.

The conversion outfit is ramping up capacity. It intends to deliver five converted A330s before the end of this year and next year wants to finish 15 A330 conversions. A recruitment drive to attract 300 new employees is under way.