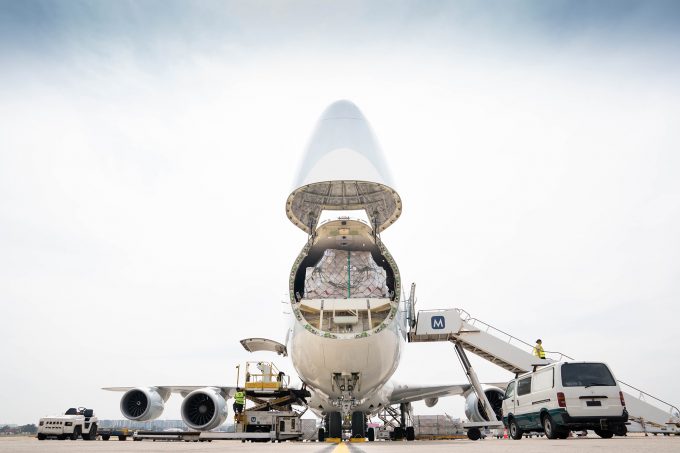 Menzies is celebrating: after renewing its focus on air cargo handling in 2018, it has reached a milestone of more than 50 stations in its network.

But – given the severe changes the market has seen in the past year – how can long-term investment decisions be made at the moment?

“We try to focus on markets where airlines want us present. We are not necessarily looking at growth in traditional cargo gateways, they tend to be saturated, but if an airline wants us to look, we will definitely do so. We make strategic decisions with airline customers.

“We don’t necessarily want to be the biggest cargo handler in the world – until recently, we were focused on ground handling. But we’ve been looking to grow the cargo business through different means – part acquisition, part organic growth and, potentially, newbuild warehouses, as well as partnerships.”

Menzies’ next announcement looks set to be in North America, but it is also looking at South America and other developing markets.

“Africa is not sewn up yet, there remain opportunities, and we are looking to extend partnerships with local handlers; we feel they could be extremely beneficial.”

As part of its emerging market strategy, it launched a joint-venture with Iraqi Airways at Baghdad International Airport, in April.

“There was not a huge clamour for Iraq, but it’s an emerging market and we really wanted to go.”

So how do you ensure standards, especially with local partners, or in more challenging stations?

“When I was at Etihad, we used to ask handlers how they standardise what they do, how do you ‘Menziesify’ an operation. Well, we put our Hermes operating system into place, we get uniforms and do training, put risk programmes and risk assessments in place and safety protocols.”

Menzies is not alone among handlers in announcing new business; the world of handling contracts seems to be on the merry-go-round, with one winning business here, losing business there. Airlines, ground down by the lack of passenger services, and therefore cash, seem to be shuffling the pack.

For example, Menzies won Qatar Airways Cargo’s business in Heathrow – a major contract – but lost Lufthansa Cargo at the same station, a customer for many years. So many years, in fact, that Mr Fordree’s father worked at its Heathrow facility and he himself started there.

“Lufthansa Cargo has an emotional pull for us,” he admits. “We handled it for 40 years. But now about 90% of its operation at Heathrow is trucking, which is more conducive to off-airport facilities. We looked at our customer mix, and our facility worked better for those who needed on-airport access.

“So Lufthansa chose to move away. Was it difficult, emotional? Yes. However, we still have a close working relationship with Lufthansa Cargo and are looking at other opportunities together. But at Heathrow, it was a jigsaw piece that didn’t fit into the puzzle.”

Forty years is a good run. While some airlines are hustling for short-term contracts, Mr Fordree explains that no one benefits from them.

“That’s not conducive to partnerships. We would want any contract to be five or more years; that allows us to work as a true partner.”

Mr Fordree agrees that some carriers are re-examining contracts, looking to cut costs. But, he adds: “The airlines we have contracted with recently have a much longer-term vision, which allows us to invest.”

Not wanting to put off any shorter-term customers, however, he adds: “We will participate in commercial activity where we have capacity.”

There have been plenty of ad hoc inquiries, from both existing and non-customers as airlines look to benefit from high rates, and passenger freighter charters.

“But I think this will start to slow down as passengers come back. Although some carriers have woken up to cargo, and will stay in the market.”

Next: The trend away from major gateways; and how handling charges work