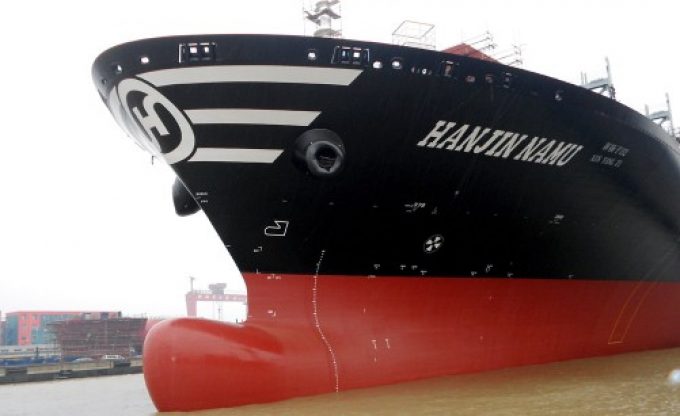 The collapse of Hanjin Shipping is a “huge nuclear bomb” that will have a far-reaching impact on the shipping industry, the supply chain and globalisation, according to Seaspan Corporation chief executive Gerry Wang.

In an interview with Bloomberg’s Trending Business, the containership owner’s chief suggested the line’s demise was “like Lehman Bros” had been to the financial markets in 2008.

“You are talking about $120bn worth of goods on ships that are stuck… there is a material impact to the supply chain and people are suffering from the consequences,” said Mr Wang.

As reported in The Loadstar yesterday, Hanjin has finally published details of the status of its 97 owned and chartered container and bulk vessels as they attempt to avoid arrest by creditors around the world. Many of the vessels are now running low on supplies and bunker fuel.

Seaspan has three 10,000 teu ships on 10-year fixed rate charter parties to Hanjin, which at the end of last month was $18.6m in payment arrears. Hanjin Buddha is currently in the Mediterranean, unable to transit the Suez Canal, due to unpaid toll fees; Hanjin Namu, is off the coast of Japan, unable to discharge its cargo; and Hanjin Tabul is off Jeddah, also unable to enter port.

Hanjin also charters four 10,000 teu ships from Greater China Intermodal Investments (GCI), a Marshall Islands-based investment vehicle set up by Seaspan and two other investors, and is also in breach of those charter parties for late payment.

According to Seaspan’s interim accounts for the first six months of this year, the company had not made any provision for the potential loss of revenue and Mr Wang admitted that the situation had given the containership owner “a little bit of a hard time”.

“But in the big picture, the impact is minimal to us,” claimed Mr Wang, given that Seaspan has a fleet of around 100 ships on long-term charter to many of the world’s biggest ocean carriers.

Nevertheless, when Seaspan eventually regains control of its ships, in today’s depressed charter market it might only expect to receive one-quarter of the $43,000 daily hire rate agreed on the Hanjin charter parties.

“There is a tremendous flight to safety,” said Mr Wang, “by shippers to other solvent carriers, evidenced by the big spike in container spot rates on the Asia-North Europe and transpacific tradelanes in the week after Hanjin entered court receivership.”

And Mr Wang believes the effect was “welcome news” for an industry losing money heavily, despite ships being relatively fully laden on the major routes.

“South Korea is here to stay and they will recover from this,” he said. “The Korean economy is heavily dependent on exports… they will try very hard to come up with a national carrier status, sponsored by the government.”

Meanwhile, the aftershocks of the Hanjin crash are being felt by thousands of service providers around the world, many of which could face closure as a consequence of unpaid debts.

Moreover, small and medium-sized shippers could also face ruin from goods being caught up in months of legal battles over liens placed on Hanjin containers by creditors.