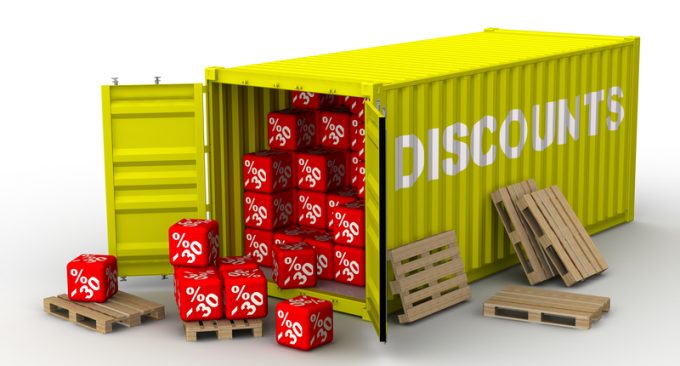 The arrival of a bearish containership charter market could lead to delivery dates for newbuild vessels being extended and prices being renegotiated or even cancelled, according to Alphaliner.

“In the light of a weakening freight market, carriers could be tempted to try and get out of box vessel contracts signed at the peak of the market, or negotiate later deliveries at lower prices,” explained the consultant.

The current orderbook stands at about 7m teu, or 27% of the total global fully cellular fleet, of which 5m teu is stemmed for delivery during 2023 and 2024.

Alphaliner said shipowners now appeared confident that newbuilding prices had peaked and were looking for discounts, adding: “Depending on delivery slots, discounts are now more easily negotiable than in the past two years.”

In past downturns, carriers have successfully negotiated delays to newbuild deliveries and, in some cases, paid penalties for cancellations, so it follows that the lines will be reassessing their tonnage requirements. And non-operating containership owners (NOOs) that have ordered tonnage backed by the long-term charters of ocean carriers will be keen to ensure their agreements are watertight.

However, any speculative orders by NOOs not supported by a charter party could be the subject of renegotiation.

So far, The Loadstar has not heard of any new cancelled orders, with parties most likely in “wait-and-see” mode, according to one industry source, but Seaspan’s recent cancellation of an order for four LNG-powered 7,700 teu ships is a possible sign of a change in the dynamics for the container shipbuilding industry.

The NOO declared contracts for the four ships “null and void”, on the basis of “certain conditions in the contracts not being fulfilled by the counterparty”.

Moreover, Seaspan’s parent, NYSE-listed Atlas Corp, gave no indication that the conditions of the contract could be resolved, suggesting that the loss of the newbuild tonnage was not significant.

Meanwhile, according to broker sources, crumbling daily hire charter rates has dampened the appetite for second-hand ships, which could see their asset values move sharply into reverse. Indeed, shipowners will have to begin writing-down the value of their vessels, as any transactions that are being achieved are at significant discounts to ‘last done’.

For example, according to Vesselsvalue, the 2008-built 4,506 teu Osaka has just been sold for $60m, which, according to the online valuation and data provider, is some $35m below the vessel’s March asset value.

Nonetheless, for the sellers this represented a substantial gain, having acquired the ship in February 2021 for just $20m.

Unsurprisingly, with the rapid inflation of containership values since the pandemic, vessel scrapping in the sector has been virtually non-existent – Vesselsvalue’s demolition value for the Osaka currently at just $10m.

However, with many ships needing to be retrofitted or slow-steam to comply with the introduction next year of the IMO’s Energy Efficiency Existing Ship Index, international shipping association Bimco said it expected scrapping to resume next year, “in the 200,000 – 300,000 teu [a] year” range.

Bimco also said it expected an increase in vessel demand next year of some 10%, as a consequence of the IMO regulations, which will take some pressure off of the supply side.