Retire, 'Yoda' is to, while Jansen Stafford takes over at Cathay Pacific cargo 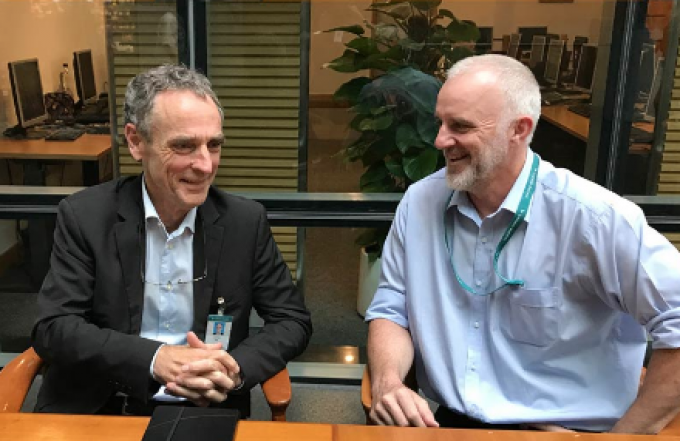 Ray Jewell, head of cargo Europe for Cathay Pacific, is retiring after 35 years with the carrier, during which time he earned the monikers ‘godfather of cargo’ and ‘Yoda’.

He is to be replaced by Jansen Stafford, who has been country manager Spain since 2016, a new nation on the network.

He said of his role: “The passenger side was always going to do well, but you could see the cargo potential and it was fun rolling up my sleeves and getting into that business, which is where we’re making the cream now.”

Cathay’s customer magazine has printed an interview with the pair.

Mr Jewell said his proudest achievements were the yields and load factors, but also the teamwork he engendered across the Europe operation.

“It’s like a well-oiled machine. It’s not always been easy because we have a lot of strong personalities, but I’ve got them to work together and not be defensive about anything. When I started there had been no one in my role, so people were naturally competing against each other. Now these guys have become friends and supportive of each other.“

The pair first met when Mr Stafford had to place a freighter in Cambodia for the first time – and he called Mr Jewell.

“I wanted to get some information about space control, so I got in touch. I needed advice from someone with a track record – so who else do you go to but Yoda?”

Mr Stafford will be based in Heathrow, with the UK team, following Andrew Roe, cargo manager UK’s departure from the role at the end of this week.

Mr Stafford plans to begin by meeting the customers and team, he said.

Mr Jewell, meanwhile, plans to sail to Corsica or Sardinia, put the anchor down and stay there “until he runs out of cold wine”.