Tomorrow marks the start of China’s Golden Week holiday and factory closures – which means air freight rates are expected to soar from the middle of the month, driving shippers to seek alternative modes.

While the TAC Index (see below) is showing rates currently relatively stable, with slight rises into China, forwarders are reporting that air freight prices are on the increase again.

“There will be a lull until the factories are back, but there will be massive spikes from the middle to the end of October.”

Masud Ahmed Sabuj, business development lead for Expo Freight, added: “The air market is rebounding quite strongly this week as many smaller product launches have started to ship, including the next-generation iWatch and iPad. The iPhone launch being delayed 30 days means a major capacity crunch mid-October.”

He expected rates to almost double out of Asia, owing to high demand and diminished capacity.

Freightos said its data showed that air cargo rates out of China have increased 15% on most lanes since the start of the month, and are now at about 40% of their May peak.

With blocked space agreements effectively cancelled this year, multinational forwarders have been quick to snap up capacity for the third and fourth quarters at potentially high prices. Others are relying on relationships with carriers to secure capacity, said one.

The US import market is also becoming tight, adding pressure to the European market as airlines switch capacity to the US, seeking higher yields.

But the high air freight prices and lack of capacity are coming at a cost to carriers.

“Our retail customers cannot afford air freight now,” said the forwarder. “Rates at $3 per kg add about $1.50 to a garment. If those rates double, that will add $3 to the price and that is the retailer’s margin. So there is no point in using air freight. You may as well just miss the sale.”

He said that some shippers were turning to sea freight instead, but that market was still chaotic with additional blanked sailings at the moment because of Golden Week.

“And there is still a lot of re-routing, with vessels missing port calls,” he added.

PPE, for a while a bastion for air freight, has now almost entirely switched to ocean or rail, and he added: “Actually, lots of countries are now saturated with PPE, much of it is sitting at ports or in storage in Europe and the UK.” 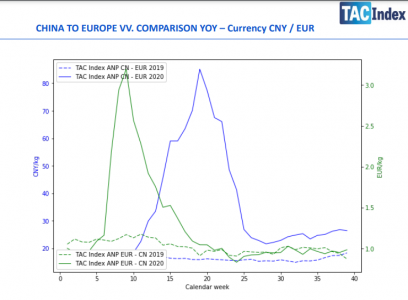 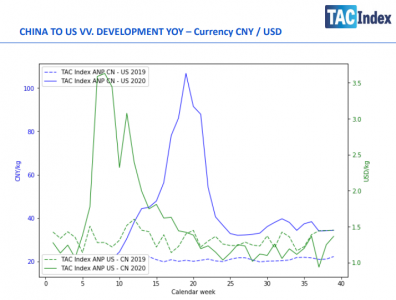 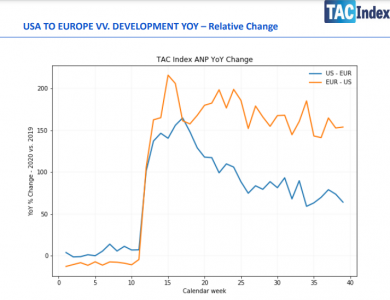