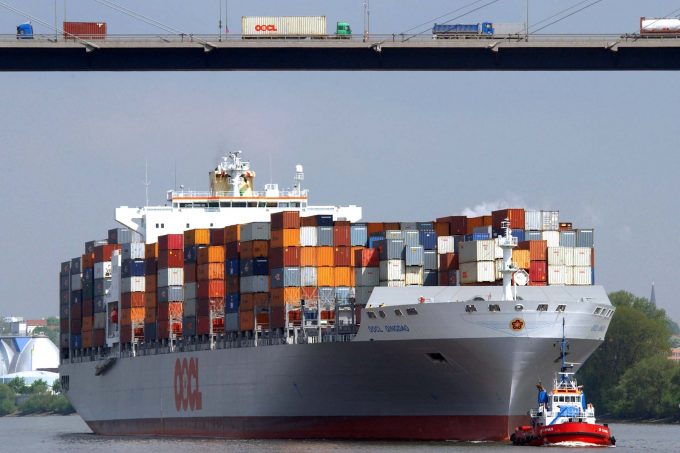 A very strong fourth-quarter 2020 operational update from OOCL is an indicator of the rich vein of profitability enjoyed by the liner industry since the middle of last year, despite the pandemic.

The liner barometer data released by the Hong Kong-based carrier’s parent, OOIL, reported Q4 revenue up a substantial 51.2% on the same quarter of the previous year, to $2.42bn.

Average revenue per teu was up an impressive 22.2% overall, to $1,089 per teu, reflecting the substantial rate increases on all but the transatlantic tradelane, where the average rate per teu was up a more modest 4%.

Volumes were driven by a demand spike in the second half of the year after a sharp contraction in the first two quarters due to Covid lockdowns. But notwithstanding the enormous demand swings and subsequent e-commerce working-from-home and working-out-at-home consumer boom, OOCL’s volume growth appears to be above the industry par.

“As the market has essentially not grown, this means a substantial increase in market share,” said Lars Jensen of SeaIntelligence.

OOIL, itself a subsidiary of Cosco, reported a net profit of $102m for the first six month of 2020, including a contribution from its logistics arm. But based on its Q4 operational numbers, it is likely to see a vast increase in profits for the full year.

This will almost certainly be reflected in greatly improved results across the industry, which was estimated to have achieved a cumulative net profit of $5bn after nine months.

Meanwhile, the Shanghai Containerized Freight Index (SCFI) has seen its comprehensive reading virtually double since last summer, recording substantial gains across most tradelanes, and no end in sight to the bull run of container lines.

Indeed, Maersk, Hapag-Lloyd and ONE all upgraded their profit forecasts for 2020 in the fourth quarter, after the former, for example, had issued a profit warning at the start of the pandemic.

China state-owned Cosco has big ambitions for its OOCL brand, adding to the order of five 23,000 teu ULCVs last March with a November order for an additional seven, for delivery in 2023 and 2024.