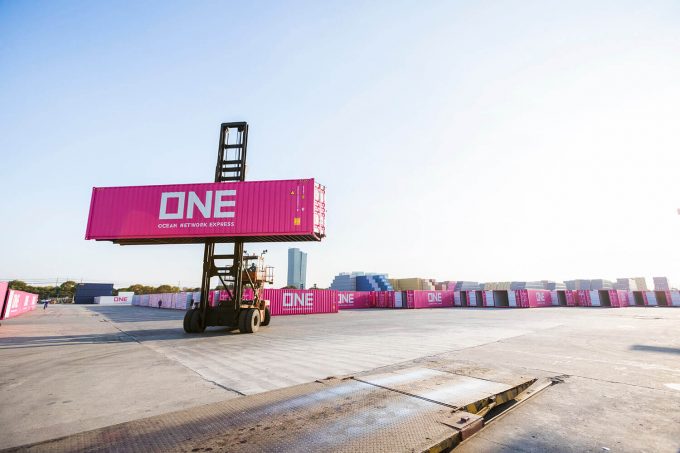 Japanese carrier Ocean Network Express (ONE) is set to see losses spiral to $600m in its first year, as it struggles to “restore the trust of customers” after the chaotic April launch.

ONE has alerted shareholders of K Line, MOL and NYK to a $310m loss for the half-year period to 30 September.

Moreover, the merged carrier network has drastically revised its forecast of a full-year profit of $110m to a loss of $600m, which would see it sink towards the bottom of the carrier profitability league table.

Prior to the merger of the three carriers, chief executive Jeremy Nixon and his team were bullish about the prospects for ONE, predicting more than $1bn a year in synergy cost savings. They said this would bring a profit in the first year of $110m, followed by $313m and $648m in consecutive years.

What followed, however – in the words of its own shareholder, K Line – was a “clumsy” launch, which left customers, loyal to the trio for decades, unable to book containers or obtain information about the status of their cargo.

In a joint profit warning today, ahead of first-half results on 31 October, the Japanese trio – K Line and MOL each hold a 31% stake, while NYK has the remaining 38% – endeavoured to provide investors with explanations for the disastrous start.

They said lifting and utilisation levels had fallen due to “teething problems” after a chaotic launch, which it attributed to not enough staff, and those they had not being familiar with the NYK IT system.

In fact, ONE’s management was obliged to significantly revamp the rationalisation plans, which represented more than a third of the planned synergy savings, by putting in more staff and hiring new workers.

The network said: “This caused significant inconvenience for customers.” But it added: “Issues such as staff skill levels and personnel shortages have already been addressed and operations have returned to normal.”

However, several shippers and forwarders The Loadstar has spoken to recently said that they were still only supporting ONE with minimal bookings, having been obliged to reserve space with other carriers after the botched launch.

As to why the full extent of the problems at ONE were not revealed at the end of July, when first-quarter results were published and trading concerns in the second quarter must already have been known, the companies said it had been expected that liftings and utilisation levels would improve during the peak season.

But “ONE did not achieve these targets”, they admitted.

ONE has also been impacted by the hike in fuel prices, leaving its strategy of recovering the additional cost of bunkers resulting in “underachievement”.

And the Japanese lines said the impact of the US-China trade war, which could see volumes on the transpacific tank in the first quarter of next year when the 25% duty hikes fully kick in, had been factored-in to “a certain degree”. They added that ONE would “determine the need to revise” the 2019 and 2020 business forecasts “upon assessing the situation”.

In a LinkedIn post today, Lars Jensen, CEO and partner at SeaIntelligence Consulting, likened the ONE integration problems to Maersk Lines’ ill-judged takeover of P&O Nedlloyd in 2006, resulting in the Danish carrier losing market share due to IT and other consolidation issues.