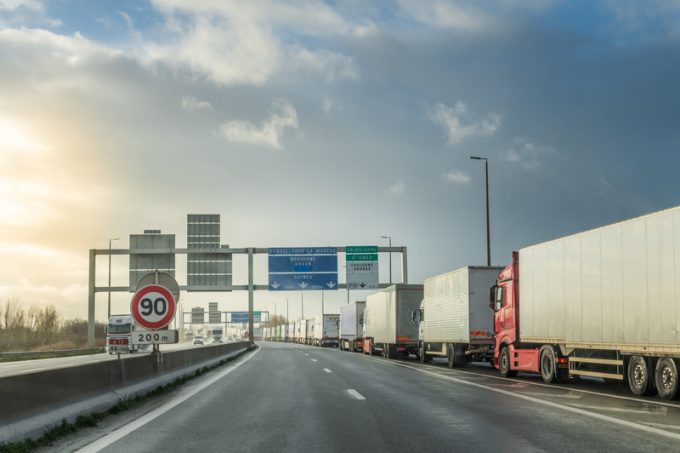 Channel ports chaos looks set to worsen next week with French strike action expected from on an ongoing stand-off between government and labour.

Logistics UK tweeted it had been made aware of a “threat of a French national strike” that would impact Channel ports, with union CGT confirming to The Loadstar that action would be occurring on Thursday.

CGT said it was part of a general strike being coordinated with several other unions.

A spokesperson said: “The CGT, FSU, Solidaires, UNEF, UNL, MNL and FIDL are proposing action that will occur in workplaces across regions on 4 February, with all sectors converging for a general strike across the country.”

The action is a response to “disastrous government decisions” taken in tackling the pandemic, with the unions claiming a stimulus package was simply “tax cuts for the rich”.

French officials have not responded to requests for comment, but a spokesperson for Logistics UK told The Loadstar they expect the picture to “become clearer as the day progresses”, noting President Macron would be speaking to the nation on Monday.

“Dependent on length and uptake, a strike could take days to unravel as it coincides with weekend driving restrictions for vehicles over 7.5 tonnes,” one forwarder told The Loadstar.

“Once details are announced, we will review the routes into Europe and see if we can avoid French ports. Traditionally, general strike action in France targets ports and road infrastructure to create maximum disruption and highlight their ‘cause’.

“Just when we thought it could not get worse, with the border and European overland transport situation, we have another potential another blow for UK traders with the EU.”

Having already experienced strikes across its education, energy, and health sectors, sources said the situation in France looked “ominous”, with calls for “some sort of intervention” to ensure trade flows were not impacted.

The source added: “The French seemed to have cornered the market in industrial action and this invariably has a huge knock-on effect for road and freight movements.”

The CGT claimed: “[The stimulus package] in no way plans to break with policies of job cuts, pressure on wages and working conditions and weakening social protection, it plunges a large part of the population, and in particular the youth, in precariousness and poverty.

“On the other hand, the winners are always the same, and thus the companies least affected by the crisis will be those which will benefit the most from the tax cuts.”