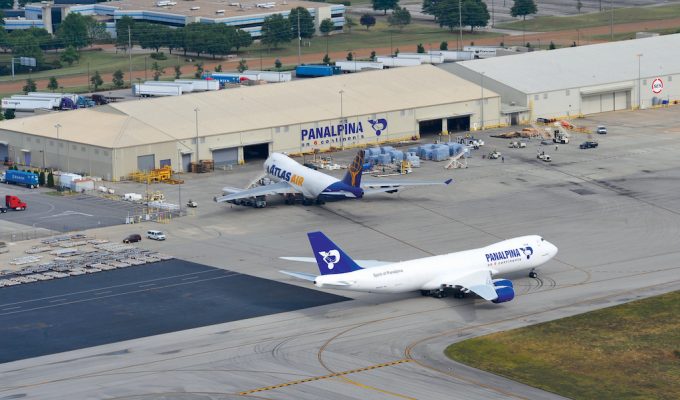 Panalpina is looking to play a leading role in international e-commerce logistics.

The European logistics behemoth claims to have an edge over its competitors on flows between Asia and Europe that results in a solid reduction in transit times.

Panalpina has tackled one of the major lanes for international e-commerce, the sector between southern China and Europe, through improved clearance conditions in Hong Kong and Amsterdam.

According to Lucas Kuehner, global head of air freight, the ability to perform bulk customs clearance in both locations sets his company apart from the competition.

“We offer full ULD collection, of course, and destination handling. Nothing unusual in that. But in Hong Kong and Amsterdam, we now have bulk customs clearance,” he added. “That is unique. Nobody else does this.”

This translates into a sizable cut in transit time, a spokesman for Panalpina claimed.

“With bulk customs clearance in Amsterdam it takes us one click, which easily shaves two days of otherwise manual input off transit time,” he said.

Mr Kuehner described the Dutch airport as the perfect gateway for e-commerce flows from China to Europe.

“Amsterdam Schiphol gives us a fantastic foothold to deliver across Europe, and the bulk customs clearance, together with the fact that we receive the shipments directly without going through a ground handler, allow for a quick delivery,” he said.

And Panalpina’s management is planning to extend the concept to other gateways.

“We are looking to do this in other stations in the US and Europe,” the spokesman said. “To make it possible you need people and partners that have the right expertise and knowledge of local markets and regulations.”

Having the support of customs authorities is also a benefit. The World Customs Organisation (WCO) recently underlined its commitment to facilitating global e-commerce flows. At the end of June, the WCO Council formally adopted a ‘framework of standards on cross-border e-commerce’, which are intended to provide a global baseline standard for the development of legislative and operational frameworks for international e-commerce flows.

The framework comprises 15 standards that pertain to the legal framework for advance electronic data, international standards for this and a host of other elements, such as risk management for facilitation and control, private-public partnerships, measurement mechanisms and the exploration of technological developments. One key item on the agenda is the creation of simplified clearance procedures.

At the first of five workshops on the Framework, held in New Delhi last month, WCO secretary general Kunio Mikuriya affirmed the organisation’s commitment to the advancement of international e-commerce traffic.

“The WCO stands ready with the global standard on cross-border e-commerce and a basket of associated tools to support its members and stakeholders with capacity building activities in the area of e-commerce,” he declared.

Shipments of smartphones, flat panel displays and health and safety equipment could be stuck in ...