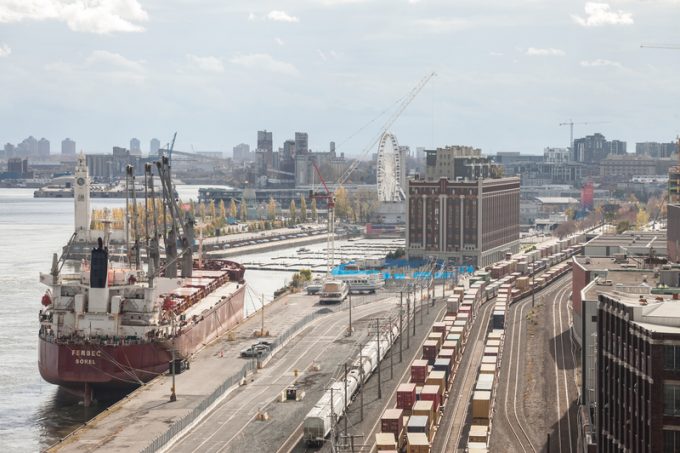 At the eleventh hour the Canadian government is to intervene in the escalating labour confrontation at the port of Montreal.

Faced with the prospect of a second crippling strike within nine months, Ottawa has abandoned its stance of staying out of the dispute.

Less than nine months after last summer’s confrontation, the port was set for another strike after the Canadian Union of Public Employees served notice to the Maritime Employers Association (MEA) on Friday that the 1,150 longshoremen would strike at 7am local time today.

Shippers and logistics providers had hoped a shutdown of the port could be avoided, but the signs were ominous: the long-standing conflict has escalated in recent weeks after an eight-month truce agreed last August expired.

Both sides have accused each other of negotiating in bad faith and the standoff escalated quickly.

Two weeks ago, after the MEA announced it would end minimum pay for the dockers, citing a decline in throughput due to the conflict, the union responded with a ban on overtime and weekend work.

According to its leadership, calling an all-out strike was a response to work schedule changes due to come into effect this week, decided without consultation.

The longshoremen have been without a contract since 2018, and work schedules have been a major point of contention in the negotiations.

The union has also accused the MEA of escalating the dispute to prompt the federal government to intervene and mandate back-to-work legislation. During last year’s strike, the MEA had called for government intervention, but Ottawa declined, declaring its faith in the negotiating process.

Last month, an industrial tribunal dismissed a complaint from the waterfront employers claiming that the longshoremen were negotiating in bad faith, which would have strengthened the case for government involvement.

Several business organisations, including the Montreal Chamber of Commerce and Canadian Federation of Independent Business, have condemned the strike and called for government to step in, warning port closure would cost the nation at least C$29m ($23.2m).

Union spokesperson Michel Murray told reporters on Friday the longshoremen were ready to back off from full work stoppage if the employers scrapped recent decisions to suspend minimum pay and change shift schedules.

Yesterday, the federal government decided it was necessary to step in to stop another paralysing work stoppage, and signalled it could table a bill aimed at ending the labour dispute as early as Wednesday.

“Putting forward this notice is our government’s least-favoured option. We believe in the collective bargaining process,” tweeted labour minister Filomena Tassi yesterday. “However, the government must act when all other efforts have been exhausted and a work stoppage is causing significant economic harm to Canadians.”

Bruce Rodgers, executive director of the Canadian International Freight Forwarders Association, said the businesses and citizens of Montreal and Quebec had become “pawns in a destructive game” in the labour dispute, with neither side showing any inclination to defuse the conflict.

He added that some damage had already been done, as shippers had diverted traffic from Montreal to alternative gateways, and forwarders have confirmed they have developed alternative routings, primarily using the port of Halifax, which also came into play during the strike last summer.

The MEA and Montreal Port Authority have argued that shipper decisions to re-route cargo through other ports over fears of a possible strike, were the reason for an 11% decline in throughput last month, at a time when North American ports have reported steep increases in traffic.