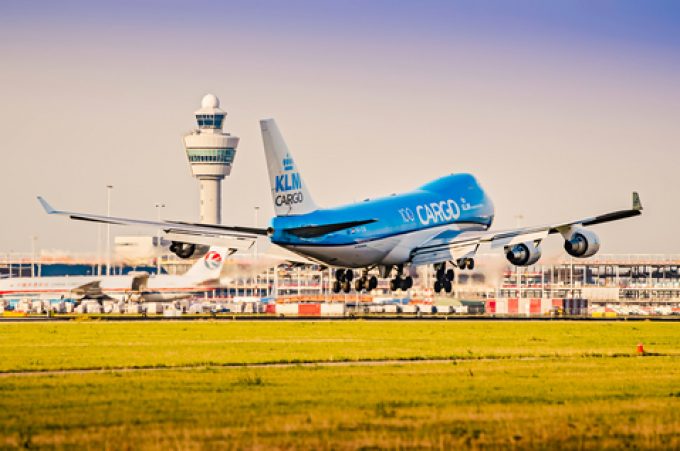 The Dutch parliament is today discussing the plan to cut 60,000 slots at Schiphol – a proposal found to be “arbitrary” and “one-sided”, according to university researchers hired by the government.

The crucial discussion comes as Schiphol faces more significant upheaval: on Friday, chief operating officer Hanne Buis, in the role since June 2020, said she would leave on 1 February over a “difference of opinion on the operational management of the airport”.

The airport said: “The management board and supervisory board have jointly and intensively tried to bridge [this difference].”

It added: “It was not possible… As a result, the supervisory board sees no other option then to terminate the employment contract with Hanne Buis.”

This follows the recent removal of Anne Marie van Hemert, who had been head of cargo, in addition to other roles, and the hiring of Joost van Doesburg.

Insiders at Schiphol have urged Mr van Doesburg to fix, as soon as possible, the loss-making and broken port community system (PCS), developed by Cargonaut and acquired by Schiphol two years ago – “a big, big mess and a financial disaster”, said a source close to the airport.

Ms van Hemert, speaking to The Loadstar before she leaves the airport next week after 14 years, said: “The PCS needs new IT technology, but it is quite challenging to find the right person. Everyone is looking for some kind of staffing for developing technology. It takes time to make sure we are developing the right platform.

“It would be good to focus on the PCS, so as to connect with the cargo community, and also the Smart Cargo MainPort Programme.”

Maarten van As, MD of Air Cargo Netherlands, agreed. He added: “A number of important issues require the airport’s full attention and commitment: the planned reduction of slots for cargo aircraft, the future of the PCS and the infrastructural challenges at Schiphol Southeast.”

And Mr van Doesburg may not be given long to make significant changes at the airport. Mr van As said: “During the Air Freight Conference in The Hague at the end of last year, van Doesburg clearly stated that, as far as he was concerned, a number of developments in the Dutch air cargo chain were not moving fast enough. We recognise ourselves in that observation. The discussion about sufficient slots for full freighters at Schiphol is taking way too long. And there are major infrastructural challenges at Schiphol South-East.”

However, Ms van Hemert said the airport had taken great strides forward in the past two years, despite the difficulties.

“The [cargo] job was challenging at the beginning. But we’ve managed to change a lot of things. We have new initiatives, the right initiatives, and we’ve formulated a new cargo strategy, which is the backbone of everything. And we did it with the involvement of the cargo community.We made some great steps and I hope the new team will continue that.”

She added that Mr van Doesburg “seems to be very motivated”.

“I think it is good to have someone solely focusing on cargo. I loved the combination, as many airlines do both passenger and cargo, but it’s good to have a person looking just at cargo.”

She added that she was looking forward to a new challenges. “My network is quite extensive – I’ll see where that gets me.”

The slot issue is being partly addressed today when the lower parliament discusses the planned cuts. According to Dutch paper Het Parool, internal documents show the ministry of infrastructure and water management ignored the advice of researchers, hired by the government, before announcing that Schiphol would need to cut flight movements from 500,000 to 440,000.

The researchers had found the ministry had, for example, used lists of world cities relevant to the Dutch economy – but unconnected to flight data at Schiphol and airport connections. So the cuts suggested were “highly arbitrary”, according to SEO, part of the University of Amsterdam.

Other research teams pointed out that the government had failed to focus on leisure traffic, or freight traffic – which accounts for one-quarter of Schiphol’s economic value to the country – instead, looking at business travellers, which make up just a third of passenger traffic.

Meanwhile, ACN has slammed a plan to set a national CO2 ceiling, which is at odds with Europe’s Fit-for-55 package, would likely lead to leakage to other European airports and enables the government to only take action against Dutch airlines.