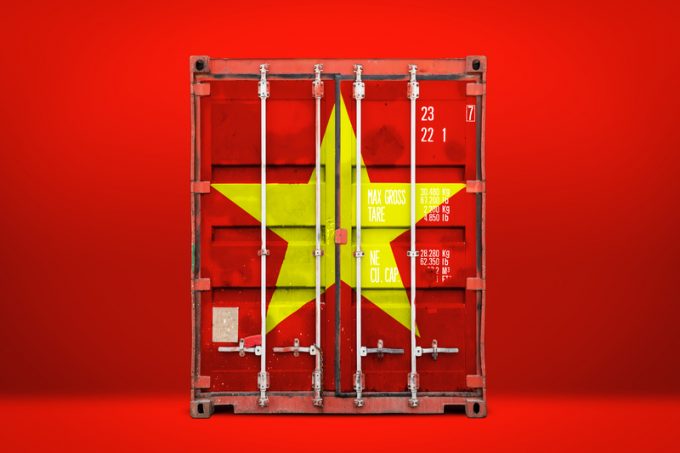 Vietnam’s exports have bounced back quickly after months of lockdown, boosting freight rates and leaving forwarders fighting for space.

Strict social distancing in South Vietnam ended in early October, but not before a 6.1% GDP contraction in Q3 and warnings from business leaders of lost orders and investments if restrictions weren’t lifted.

The garment sector, for example, suffered an 18.6% year-on-year drop in exports in September, after many factories had been forced to close.

The hit to production could have been significantly worse but for the valiant efforts of tens of thousands of workers who made factory floors their home, sleeping in tents in many cases, to comply with “closed loop” restrictions.

Vietnam’s exports for the year appear surprisingly resilient, however, with the ministry of trade expecting a 10% increase, to $600bn.

Jan Segers, general manager of Noatum Logistics Vietnam, said the country was doing well, post-Covid. He told The Loadstar: “The opening of factories and the ‘new normal’ after the bad GDP for Q3 are quite stimulating.

“The end of the year in the west, as well as Tet in Vietnam [lunar new year], are creating a big demand for freight.”

As a result, Mr Segers said, there was a lack of space on container vessels and empty containers, keeping rates elevated.

“Rates are still increasing and will probably keep doing so until January,” he noted. For example, a 40ft container from Ho Chi Minh City to Los Angeles costs around $13,000, or $16,000 to New York.

“I do not have a crystal ball, but my guess is rates might decrease and stabilise to a new normal, but not at the very low rates as before. It all depends on how the congestion in the US and Europe can be solved, so that containers can return to Asia.”

Indeed, Marc Guilhem, owner of Ho Chi Minh-based forwarder Cargoteam, said shippers and forwarders were “fighting” to get containers and space, with rates still some five-times higher than pre-pandemic.

“Contract rates are not respected by carriers,” he said, adding there had been little new capacity injected into the market, because Vietnam “is not their priority”.

“They make more money from China,” Mr Guilhem added. “Thanks to some good carriers, though, we still manage to get space but we must fight daily for our clients.”

“We are also see big demand for airfreight ex-Vietnam, and planes are fully booked weeks in advance. We’ve put on six charter flights in five weeks to supply our customers in the US and Spain.”

Airfreight rates from Vietnam to Chicago are up to $20 per kg, he said.