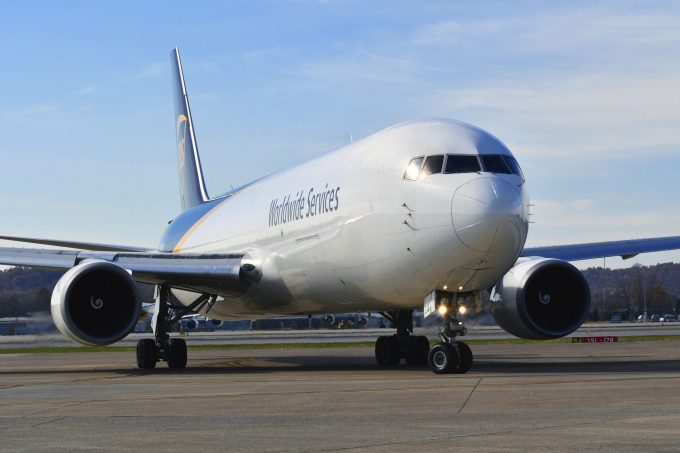 Last month, UPS Airlines ordered another 19 767-300F aircraft, giving a further boost to the impressive 767-production line which started with a passenger version in 1981.

And, for cargo carrier UPS Airlines, it has proved to be the most versatile aircraft it operates.

The 767-300F’s intercontinental range and payload configuration has made it a popular fit in the mid-sized freighter market. It operates in the US, Europe, Asia and South America and was a viable choice on both domestic flights in the US and long international legs, he added.

Data from ch-aviation shows 71 active 767-300Fs in the UPS fleet, with one inactive. The latest purchase of 19 aircraft will result in deliveries relatively soon, between 2023 and 2025, perhaps indicating that the order was previously listed as an undisclosed customer.

The UPS deal has added to a record-breaking year for Boeing freighter sales, following a surge in demand for cargo space in 2021, with much of that demand for the 50-tonne capacity market.

Boeing projects the need for 440 new medium widebody freighters through to 2040 in its most recent commercial market outlook, and indicates that operators around the world agree. In this market segment, the flexibility and economics of the right-sized 767-300F is an ideal asset for serving the needs of the expanding e-commerce and express cargo markets.

The 767-300F entered service in 1995 with UPS as launch operator. It is the production freighter version of the passenger 767-300ER and more recent units feature some key modifications.

Boeing’s Jim Proulx said: “The most visible changes include the addition of aviation partners-Boeing (APB) winglets, to improve fuel efficiency, and an upgraded flight deck with large format displays for enhanced operational capability.”

UPS’s Mr Mayer said the latter involved replacing 26 instruments in the forward instrument panels, including airspeed indicator, altimeters and vertical speed indicators, with 10 large flat-screen LCD panels, drive, he added, “by both the obsolescence of CRT instruments as well as additional capabilities”.

The compatibility and common type rating with the 757F is a clear advantage, because operators have flexibility in scheduling flight crews for carriers with combined 767 and 757 fleets, said Mr Proulx.

He explained: “We have 63 new-production 767 freighters on backlog at present,” adding that Boeing generated 38 orders for the type last year and, in addition to the UPS order, FedEx Express has committed to 18 aircraft and Air Tanzania has one on order.

Mr Proulx also pointed to the 767-300 Boeing Converted Freighter (BCF) as a strong competitor. He said: “To date, it has more than 100 orders and commitments and late last year saw the delivery of our 50th 767-300BCF.”

Conversion activity should be considerable, following Boeing and Gameco’s plan to expand freighter conversion capacity in China, opening two new 767-300BCF conversion lines later this year. Gameco will be the first MRO in China to convert the 767-300BCF.

To hear how airline capacity ex-Asia is being impacted by Omicron lockdowns, listen to this clip of Neel Jones Shah, Flexport, from the latest The Loadstar Podcast.