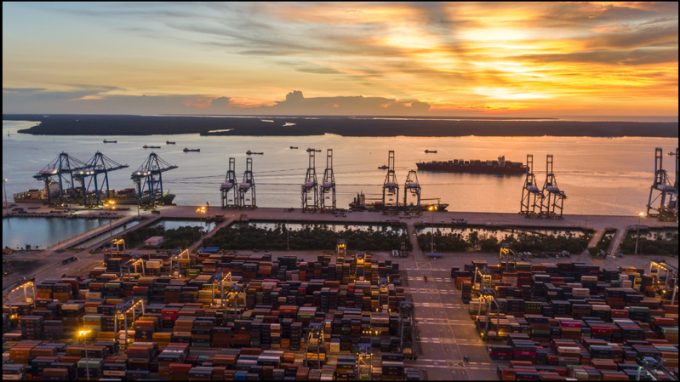 The number of container rollovers at major box ports continued to climb last month, affecting some 39% of all shipments, according to new data from supply chain visibility provider Project44.

“Carriers have been watching their rollover rates increase for over a year, and have so far failed to mitigate the situation,” said Josh Brazil, VP of Ocean Markets.

“Shippers need to accept this as the new reality. They are going to have to start making structural adjustments to their supply chains and enhance their visibility if they want to keep shelves stocked and factories running,” he added.

The research found CMA CGM was the carrier with the highest proportion of rolled containers last month, 56% of shipments, compared with 49% in April 2020.

It was closely followed by its Asia-Oceania subsidiary, Australian National Line (ANL), which saw 54% of container rolled, a 30% year-on-year increase.

However, these figures were disputed by CMA CGM, which told The Loadstar that its internal figures for rollover rates were “way below” those of Project44.

“CMA CGM is working flat-out to support its customers and meet their needs because the customer lies at the forefront of our strategy,” the group said.

According to Project44’s data, the percentage of rolled containers per carrier broadly fitted to which alliance in they were operating – 2M partners MSC and Maersk were the best performers, with 28% and 34% of containers rolled, respectively.

At the same time, rollover rates at some of the largest transhipment ports also continued to rise, as container supply chains struggled to cope with what Project44 terms “endemic congestion”.

The worst performer was Malaysia’s Port Klang, where rollover rates increased 7% year on year to reach 64%, meaning that nearly two of every three boxes handled missed their intended sailing.

It was closely followed by Cosco’s hub of Piraeus, which saw 59% of containers rolled over, and Rotterdam, 54% – although the fact that this was some 23% up year on year suggests it was partly the effect of the week-long Suez Canal blockage. Similarly, Port Said, at the northern entrance of Suez, saw rollover rates increase 18% year on year, to 41%.

Apart from Dubai, which bucked the trend with a 7% year-on-year improvement, “other global ports and carriers reported similar numbers showing that abysmal performance now seems to be the industry norm”, said Project44. 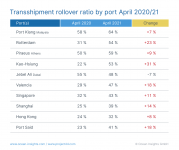 “With shippers entering their second year of pandemic-induced volatility, these numbers are a sobering reminder that volatility and undercapacity are the new normal.