News / Air cargo players must have trust and 'jump off the cliff' together, says Tiaca 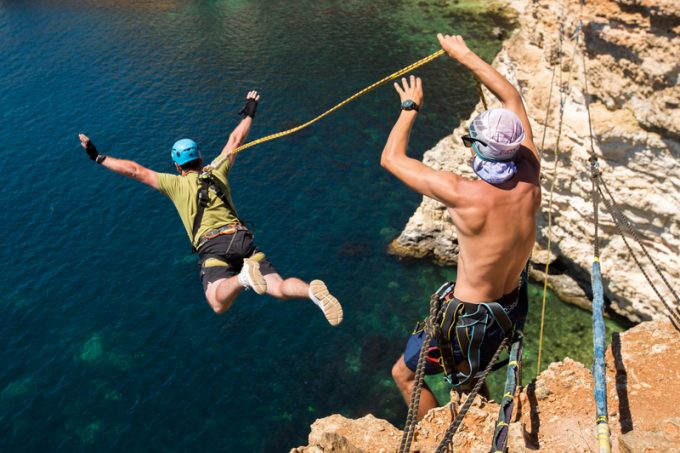 Trust is the key to ensuring a joined-up air cargo industry; an integrated supply chain that offers profitability to all, according to Tiaca chief Steven Polmans.

Recent articles by SASI have shown that airlines, airports and handlers, through technology and collaboration, could ensure that the air cargo industry is profitable in the way integrators are.

But that aim requires a leader, and cohesion across multiple players. And is it the correct way forward?

“In my opinion, this has to be the future of air cargo, if we still want to play any role of importance,” said Mr Polmans. “The question is, when are we as an industry going to realise it and do what is needed to make it happen?”

He cited his work as head of cargo at Brussels Airport, which has developed an open data-sharing platform, BRUCloud.

“The goal is the same. How can we come to a more integrated logistic supply chain that will offer us more visibility, make cargo faster and in a more profitable way for all?

“But it needs a lot actors and players willing to do the same effort, and not focusing short-term on increasing their bottom line or their market share.

“And this is the huge advantage integrators have. If they have an issue in the chain, they will fix the broken part. In our very fragmented chain, the weaker are often squeezed and become even weaker to the benefit of others in the chain.”

Mr Polmans admitted that Tiaca had not done enough in the past, despite being “uniquely positioned” to do so. While championing local community-based approaches, it must also happen internationally, he argued.

“Smart data-sharing and community platforms (which will make the virtual integration happen), much more than e-freight (which is only the digitalisation of traditional documents without optimising processes) are the future.

“What I have been doing for my airport and local community, we as Tiaca want to do on a global scale for the benefit of the entire traditional air cargo [industry].”

He recognised that, without an authoritative role and legal powers to impose anything, Tiaca still needed individual companies to “step up, take decisions and change their mentality”.

“But we have to be the association that can help them to do so and support this change. And to do that, we have to change as an association.”

The word on the street is that Tiaca is shortly to announce internal changes, but the details have not yet been confirmed.

And as ever, there is some degree of suspicion about the role of the leaders of Tiaca – will the link with Nallian as the developer of BRUCloud be promoted by the association at the expense of other companies? Will BRU airport find itself at the heart of any change, potentially undermining support from other stakeholders?

Mr Polmans said he has been working very hard to ensure neutrality – and these suggestions underline Mr Polmans’ concern that lack of trust has been the biggest hurdle so far.

“There will be many challenges, from costs to regulations, infrastructure and so on, but the main ones will be the mindset and creating trust.

“If we start moving in this direction, we need to trust the rest of the chain as well as our competitors. Because if you are the only one making this change, there is no benefit to be expected.

“It is like standing on the edge of a cliff with a group of 10 people: you all agree to jump together, but when you do you look up and seven people are still standing there.

“If there is no trust … you cannot take the risk. But maybe it is time to be more optimistic and share the pride we have in working in air cargo. It might help overcome the traditional obstacles.”

Amar More, chief executive of Kale Logistics, argued recently that airports were best-placed to lead the charge – but again, recent weeks have seen a surge of irritation from some stakeholders about some airports failing to care for their cargo customers.

Nevertheless, they can be a “neutral partner”.

“Airports for sure have a role to play, as they are ideally positioned to take the lead. Airports and local communities are, for me, indispensable in this evolution,” said Mr Polmans.

Trust, he said, is the biggest – and possibly the only – challenge.

“Other industries have shown it is possible. So the only thing blocking us today is us.

“But by informing, showing on a local level what is possible, educating and taking up leadership, we can create the trust and environment need to get this done.

“It will not be easy. If I could change it and make technology the biggest challenge, I would sign today. Because that would have been an easier problem to solve.”