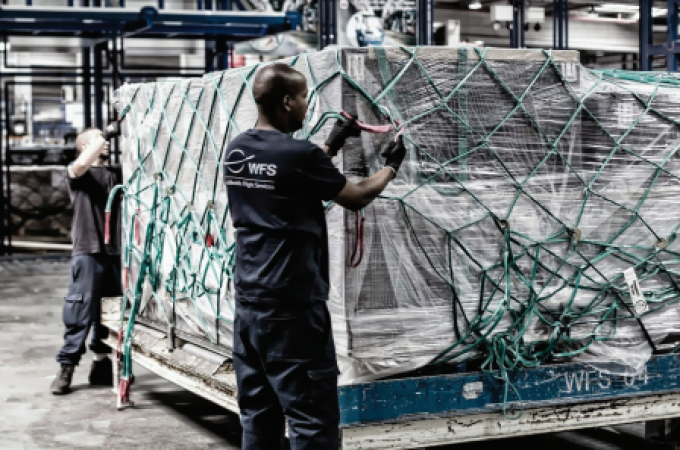 The deal has taken some three months to prepare as the handling division had to be separated from Mercury Air Group, which operates a fuel subsidiary and a government services arm.

The news will raise concerns over an increased lack of competition in handling, particularly in the US.

As reported in The Loadstar Premium last month, the debt-heavy sector, which comprises numerous single-airport companies alongside a handful of global heavyweights such as Swissport and WFS, is undergoing fast-paced consolidation, under the watchful eye of private equity.

WFS is owned by Cerberus Capital management, which one insider said was “very good, very supportive” of WFS and a “long-term investor”. WFS this year also bought Pinnacle in Texas and Paris-based RA Hand. In 2016, it completed the purchase of the US’s biggest handler, Consolidated Aviation Services.

“If you look at that recent purchase of Pinnacle and the Greenbriar private equity purchase of Alliance Ground International – which has just acquired MIC in Chicago – you can see how three of the largest globals are consolidating under private equity control,” said one senior source.

One senior handler agreed: “Private equity clearly wants to expand. But no airline wants to see monopolies in an airport. Private equity is about revenue generation, not what airlines want or need.”

According to one source close to WFS, competition authorities don’t get involved with any deals for companies with revenue of less than $40m.

The acquisition of Mercury gives WFS an even stronger foothold in the US, where it is hard to grow in major airports. Menzies, an independent handler without private equity money, wants to increase its footprint in the US, but is looking at “alternative” airports.

Robert Fordree, head of cargo for Menzies, told The Loadstar last month the company was “looking at secondary gateways”.

“To go into a major gateway as a new entrant would be crazy. Alternative airports are more interesting and offer better handling solutions. We are currently talking to airports and developers.”

He said the most likely move would be to an airport close to a major hub, “so cargo flows could be connected”.

Secondary airports have become increasingly popular during the pandemic, offering more space. Michael Steen, CCO of Atlas Air, told The Loadstar in October: “More and more airlines and forwarders are taking the initiative to fly to new airports, in China as well as secondary airports in the US, such as Rockford and Rickenbacker. That’s where we have an opportunity.”

Meanwhile, WFS has its work cut out at LA, where it is struggling with congestion. Katie Griley, president of RFS operator Griley Air Freight, said operating at the airport was “painful”.

Last month she noted: “We’ve been sent by our customers to WFS more than any other airline these past two weeks, 80 times to be exact, and our average is 3.78 hours at the location. This is higher than any other location and keep in mind [we] have priority.

“I can’t blame WFS, but let’s be honest, some of these airlines can’t handle the volumes coming in.”

An insider at WFS said the company was currently short of some 1,500 staff in the US.

PB: PE hangs in the balance as recession odds grow

PITCHBOOK writes: As the fundraising environment got tough for other private equity firms, publicly traded investment ...