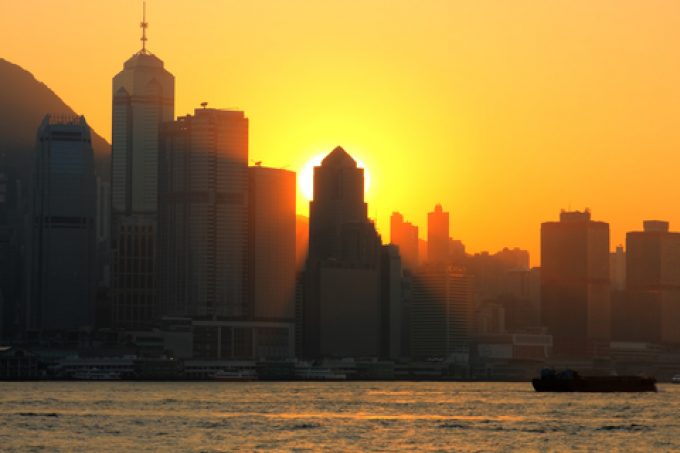 The latest skirmish in the US-China trade war could “accelerate the demise” of Hong Kong as a major transhipment port.

While the ‘phase one’ trade deal was signed in January, subsequent tit-for-tat blame rhetoric has steadily raised tensions between Washington and Beijing again.

Hong Kong is now firmly caught in the middle, with the US announcing on 29 May it would begin to rescind the territory’s special trade and customs privileges, due to Beijing’s new national security law, which critics say would effectively end the ‘one country, two systems’ framework.

But Brian Wu, chairman of the Hong Kong Association of Freight Forwarding and Logistics (HAFFA), said the direct impact on Hong Kong-US bilateral trade would likely be limited.

“Most of the merchandise originates in China, Hong Kong is only a transit hub,” he told The Loadstar.

“Taxes have already been levied and adjusted since the US-Sino trade war began. Furthermore, the amount of cargo between Hong Kong and the US is insignificant – less than 5% of the total – so only industries such as jewellery and machinery will be affected,” he added.

“Hong Kong wants to catch up in technology development and build a hi-tech industry and businesses, but this policy would limit Hong Kong’s access to high-tech,” he added.

However, a new report by Resilience360 claims the US measures, fully implemented, could affect Hong Kong’s role as a major re-exporting hub for China.

“Over the past year and a half, companies have increasingly sought to take advantage of a ‘first-sales rule’ in Hong Kong to mitigate the effect of the additional Section 301 tariffs,” the report notes.

“However, if its special status were to be removed, Chinese exporters may need to search for alternatives, as Hong Kong may no longer be treated as a ‘second leg’ for exports to the US, which could affect its port, shipping and logistics industries.”

“I believe creating a ‘compliant’ Hong Kong started a while back and current events are going to accelerate the demise of the city as a transhipment port,” he explained. “While framed as a benefit to all in the region, the actions taken are part of the overall plan to shift reliance on key infrastructure to Guangzhou and Shenzhen, making Hong Kong and Macau satellite cities.”

Furthermore, Mr Wheeler contends, China’s recent actions have brought about a “sharp review of supply chains, resulting in a greater understanding that China is a part of Asia and does not constitute all of Asia”.

He added: “This requires a port and financial system incapable of being interrupted due to real or perceived national interest issues.

“It also requires a transhipment port that has the capacity to safely service other key markets, as well as China. Singapore and Port Klang come to mind as the beneficiaries of these developments, and it is now looking like Singapore’s decision to create a mega transhipment facility at Tuas was a master stroke in strategic planning.”