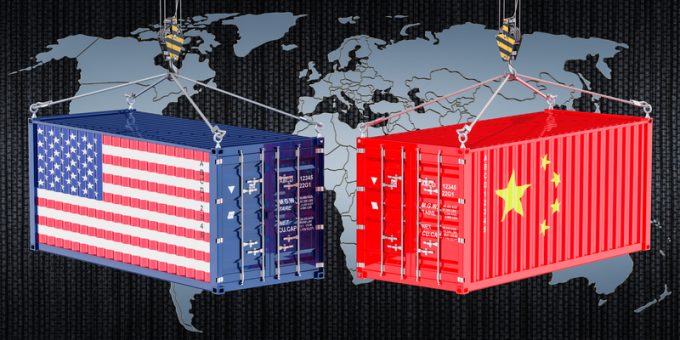 The US-China trade pact signed this week, described by the US president as “a monster of a deal”, may have halted the trading tariff spat, but logistics providers and their clients have no cause to change strategy.

In return, Beijing suspended a planned tariff of 5-10% on $75bn of goods from the US and shelved a 25% levy on US-made cars and a 5% tariff on auto parts and components.

However, 25% tariffs on $250bn of Chinese goods entering the US remains in place and Washington has indicated it will not budge on these before China signs a second trade agreement.

There is mainly relief that further escalation of the trade war has been averted and both sides should benefit from the agreement. Bloomberg has raised its projection for China’s GDP growth this year from 5.7% to 5.9%.

The US’s National Retail Federation, one of the most vocal critics of the trade war, welcomed the truce but stressed the importance of eliminating the remaining tariffs.

“The trade war won’t be over until all of these tariffs are gone. We are glad to see the phase 1 deal signed and resolution of phase two can’t come soon enough,” said chief executive Matthew Shay.

The relief over the deal is mingled with concerns that it may still fall apart, plunging the two sides back into full-blow economic conflict. A major cause for worry is China’s commitment to purchase an additional $200bn of US goods over the next two years. Beijing has insisted it will be subject to market conditions, whereas Washington appears adamant that China has to meet this obligation.

And Shehrina Kamal, product director, risk monitoring, of Resilience360, finds several elements of the agreement “unrealistic”, including the expectation that China imports an additional $32bn of US agriculture goods over the next two years.

She added: “The experience of the past two years has shown that things can change at a moment’s notice. The agreement has not reduced the uncertainty.”

Nobody expects things to revert to the state of affairs before the stand-off began, noted Ms Kamal. “A lot of damage has already occurred,” she said.

US importers will continue to explore alternative sourcing options. They are going to move cautiously and deliberately, holding back on significant investment moves in their supply chains, she predicted.

In the short term there will be some increase in traffic flows between the two countries. Most likely are spikes in the categories where China has agreed to make additional purchases from the US. The targeted $200bn over two years include $77.8bn imports of US manufactured goods; $32bn in agricultural goods and $52.4bn in energy. US farmers, refineries and exporters of crude oil and gas are seen as major beneficiaries.

As a result, shipping lines are looking forward to more favourable conditions to strengthen their pricing across the Pacific.

Freightos’s weekly freight rate update this week notes that the thaw in US-China relations is “leading retailers to project a return to growth and normal seasonal ordering trends by the end of Q1 as trade conditions improve. This likely means that transpacific prices this year will exceed 2019’s atypically low prices”.

However, the agreement does not generate demand for additional imports on either side, so a rise in Chinese imports of certain commodities in line with the agreement to order more from the US will translate into reduced imports from other sources, resulting in weakened volumes in other lanes.

It is unclear how much of the ground US exporters lost to rivals in other countries over the past two years they can recover. Mr Woitzik noted that while the Chinese government had made the commitment, it was up to Chinese importers where they placed their orders. It remained to be seen in which commodities within these broad categories US exporters are competitive, he said.

Regarding manufactured goods, the quickest way for China to meet the target would probably be to buy US aircraft, he said. Boeing’s management must be hoping Beijing reaches the same conclusion.