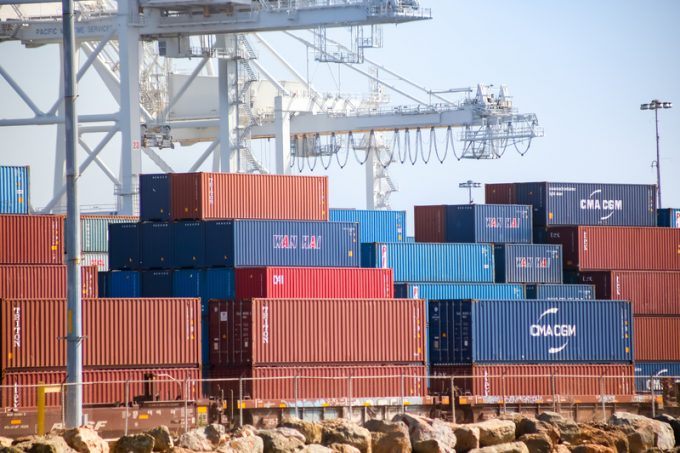 The chronic congestion that has plagued the US port complex of Los Angeles and Long Beach since the summer is going from bad to worse.

All US west coast ports have been overwhelmed by a surge in imports this year. Recent figures from the National Retail Federation (NRF) show 2.11 million teu of import cargo for September, the most since the organisation started its Port Tracker survey in 2002.

Jonathan Gold, NRF VP for supply chain and customs policy, said: “Part of this surge was fuelled by restocking after retail sales rebounded this summer, and part could be making sure there aren’t shortages if we see panic-buying again.”

The west coast increases have been driven by the sharp rise in e-commerce shipments from Asia using the quickest route to the US, often on fast sailings. Import volumes at LA/LB have seen year-on-year increases in excess of 20% since August.

And according to the HTA, 10,000-15,000 containers are marooned on docks, hampering operations.

The congestion has been aggravated by a combination of factors: from lower productivity on the docks owing to reduced crews in response to Covid-19; a shortage of chassis; and what the trucking organisations called a “lack of dual transactions” – truckers’ being unable to drop off containers and pick up import boxes in one visit.

The congestion has now spread to rail carriers and increased truck turn times at terminals. The average turn time has risen steadily from 70 minutes in August to 77 minutes in September and 81 minutes in October.

They pointed out that drayage drivers were hit by detention charges earlier this year when gate closures and issues with appointment systems affected their ability to return empty containers. At the time, two carriers agreed to waive detention fees, but millions of dollars in detention charges were levied while the problems lasted.

And the charges could pile up further for some time. The NRF expects imports to taper off in the coming months, but other organisations are predicting high import volumes  until Chinese New Year in February.

The CTA and HTA say they will take their case one step further if they don’t see progress soon, intending to call on the US Federal Maritime Commission to intervene.