Speculation grows over CEVA sale – K+N always on the acquisition trail, but would drive a hard bargain 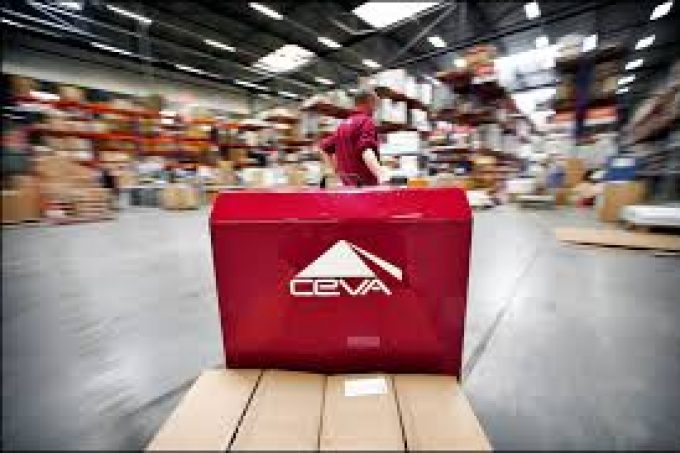 Consolidation in the highly fragmented forwarding and logistics industry is on everyone’s lips right now. Lack of growth and cheap funding are boosting M&A prospects.

Following last week’s rumours that market leader DP-DHL is considering the sale of its Global Forwarding unit to Japan Post for up to $5bn, and the closing of DSV’s takeover of UTi Worldwide, there is speculation that a sale of CEVA Logistics – or parts of it – by owner private equity house Apollo, is being considered, sources have told The Loadstar.

The speculation remains unconfirmed, but The Loadstar believes Apollo is drafting plans to cut or minimise losses from an investment which, after 10 years, still appears unlikely to deliver the sort of returns private equity houses expect.

Similarly, The Loadstar has been unable to confirm a rumour that Kuehne + Nagel is lining up as a potential buyer of CEVA, or part of it.

CEVA has been on Apollo’s books for well over the typical four-year investment period sought by private equity. Apollo acquired TNT’s logistics arm for $1.9bn in 2006, and then, after a bidding war, it splashed out $2bn for EGL in 2007, creating today’s CEVA Logistics. At the height of the credit bubble, Apollo used a huge amount of debt to fund these purchases, and CEVA’s resulting capital structure is now one reason why its owner has not been able to exit the investment for almost a decade – the other one being a sluggish market for freight forwarders.

One possible way out is an IPO. Apollo tried to list CEVA on the NYSE in 2013, but had to withdraw due to CEVA’s poor financial performance, which led to a comprehensive restructuring. A float of CEVA, according to one well-placed source, is “still a possible exit for Apollo, which I think wants to get out within the next six months. I’m sure if the markets weren’t quite so volatile at the moment it would be sooner”.

But companies that carry large debt loads and offer little growth are unlikely to receive a top valuation these days, and once floated seem to carry a lot of downside risk.

CEVA would need to raise equity to pay down its debts, but with a net leverage at just above seven times (based on annual adjusted ebitda of $270m and net debt of $1.9bn), investors would be uncomfortable committing to the deal.

Firstly, revenue dropped 10% to $5.2bn in the first nine months of 2015. Secondly, its cash flow profile has slowly improved. Capex rose from $46m to $62m in the nine months ended 30 September, which proves that CEVA must invest to grow and remain competitive, but as it invests, it dilutes returns.

In addition, financial markets are volatile and likely to remain so into 2017 – and, added to a potential SEC probe into Apollo’s dealing with CEVA shareholders, it is likely to be a very difficult sell.

Yet the word is that Apollo still wants out.

“CEVA is an eyesore in its portfolio,” commented the source. “Apollo has so much profit elsewhere that CEVA is an embarrassment. It would do anything to get rid of it.”

By using debt (which was loaded onto CEVA’s book), Apollo only put some $200m into the company itself, according to our sources – $200m which Apollo could recover if CEVA received a valuation of over 0.4 times sales, or $2.7bn for the enterprise value (EV).

If Apollo sought to break up the company, the problem would be how to value its two core business units – freight management and contract logistics – whose revenues are almost identical.

A fair multiple for the EV based on sales indicates that CEVA’s intrinsic value could be between its net debt position of $1.9bn and $2.7bn – but the high end of that range implies a rich 10x adjusted ebitda multiple, and is based on the assumption that CEVA will have managed to hit $270m adjusted ebitda in 2015. At nine months in, it was $206m.

All of which means that its equity could be worth up to $800m, and Apollo could see a rate of return of 16.6%.

But it must find an eager buyer, and K+N is unlikely to be interested in its entire portfolio of assets unless it sells the lot at, say, $1.5bn – which would make Apollo’s return negative.

While K+N is always on the look-out for acquisitions, CEVA is likely to have “too many overlaps” and be at too high a price.

“K+N might be possible, but it’s unlikely it would buy CEVA in its current structure. It doesn’t need, and wouldn’t want, the former EGL, and on the contract logistics side, would only want some of CEVA’s country operations. But if Apollo broke up CEVA and sold it in parts, K+N would be likely to be interested in some of it,” said the source.

Another senior forwarding source added: “CEVA and K+N would have too many overlaps, and I do not think the synergies will do the trick here – obviously if the debt/interest burden were not so high on CEVA, it would show much better results.”

K+N could, of course, place a low-ball bid and refinance CEVA’s debt at much more convenient rates, given the Swiss company’s strong balance sheet. But is that enough?

“I believe the latest operating result was a lot of short-term improvements and they are one-offs,” added the source. “In terms of business, it is growing again after weeding out loss-making contracts, in particular in contract logistics. In terms of culture this would also be quite an exercise.”

Apollo, which has $170bn-worth of assets under management, declined to comment on any possible sale of CEVA – as did Kuehne + Nagel, and CEVA itself.

In its February analyst earnings call, Apollo chief executive Leon Black noted that it focused on buying distressed companies in a down cycle and selling them at a peak. Which is not the case with CEVA.

But 10 years after Apollo’s investment, with little prospect of satisfactory gains, a sell-off is likely. And with a pristine balance sheet, K+N could well find its appetite whetted.

It’s all about adding new capabilities when it comes to logistics M&A.

Kuehne + Nagel is set to expand its presence in Asia with the purchase of ...

Against the odds: Takeover target Expeditors defies the doom-mongers (again)

But risks mount that the low-spending forwarder lags in the logistics technology race.

Let’s see how and where other M&A rumours go, if anywhere.