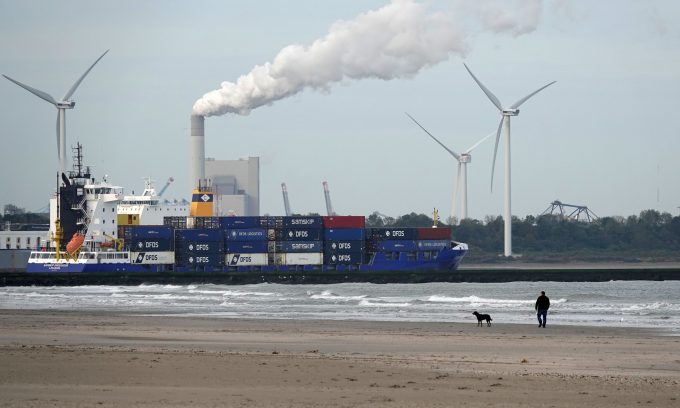 By 2100, shipping could be on the hook for costs of $25bn every year – equivalent to the entire net earnings from container ports in 2019 – due to climate change.

This is according to a new report by Environmental Defence Fund (EDF) – not to be confused with the French fossil energy major.

Based on computer-modelling scenarios by RTI International, which show that ports already suffer around $3bn of climate- and storm-related costs today, the figures represent an outsize climate change impact for the maritime industry, today responsible for around 3% of global CO2 emissions.

A worst-case climate scenario could restrict industry growth by 10% by 2100, EDF said, with ports absorbing around $18bn in annual damage to their infrastructure and around $7.5bn of further costs linked with storm-related disruptions, with knock-on costs for shippers and carriers in both cases.

Although many vessels are lost during adverse weather events, there are vagaries in expressly linking these events with climate change. But, given that global warming is set to increase the frequency and intensity of storms, increase wave heights and rainfall, it is likely that the effect will be more pronounced than the report suggests.

“…projections of how these costs will rise because of climate change are generally lacking in the scientific literature,” the report notes. “This uncertainty makes it especially difficult for the shipping industry to adequately anticipate and prepare.”

The report is corroborated by recent advice from TT Club, which noted in a December report that ever-greater levels of damage were occurring as a result of “isolated severe weather events”. At the time, the club’s Mike Yarwood noted that much of the problem was in evidence “around the periphery” of the maritime industry, namely ports, quaysides and warehouses.

“Just as the Covid-19 pandemic threw our ports and the global supply chain into crisis mode, the climate emergency will have major consequences for international shipping. In the face of climate breakdown, however, the shipping industry has an early warning bell and an opportunity to act,” said Marie Hubatova, senior manager for Global Transport at EDF.

“By stepping up to reduce emissions and invest in zero-carbon fuels, shipping leaders could help avoid these costly consequences and build a more sustainable future for the industry.”

Ms Hubatova added: “There is a lack of data on how climate change will impact different segments and infrastructure. The estimates provided by the report likely understate the real extent of the future costs the shipping sector will face in the case of climate inaction.”