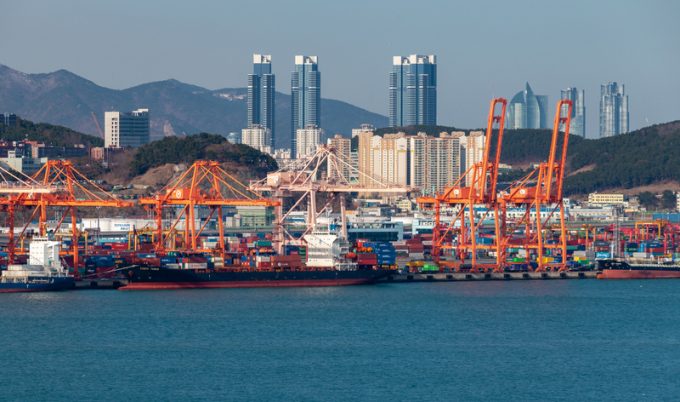 South Korea president Yoon Suk-yeol is preparing another executive order to compel truckers to return to work as the 12-day strike increases in intensity.

Both sides have become more entrenched and the language increasingly confrontational, with the president comparing the strike to the threat posed by North Korea.

President Yoon issued an executive order to force cement-truck drivers to return to work last week, but compliance has been slow, despite the risk of imprisonment, fines and licence suspension.

Now the president is now looking to extend the executive order to truckers delivering petroleum products and steel, after the Cargo Truckers Solidarity Union (CSTU) refused to yield to government demands to return to work.

The government is standing firm on not yielding to the truckers’ demands that the Safe Trucking Freight Rates System (STFRS), introduced in 2020, be made permanent.

Presidential aides said today the president regards the truckers as a serious threat. The dispute is the second of its kind this year, after an eight-day strike in June was resolved by extending the STFRS to end-2025

According to aides, President Yoon had said: “If we bow to illegal actions and violence, the vicious cycle will continue.”

The Korea Shipping Association (KSA), which represents companies engaged in coastal and shortsea shipping, and the Korea International Freight Forwarders Association (KIFFA) have joined KITA in urging the truckers to end the industrial action and for the government to take sterner action.

KSA said: “Due to the refusal of cargo to transport, the backlog of cement, steel and petrochemical products, which accounts for 53% of the volume transported by coastal shipping, is accumulating, leading to the suspension of shipping operations. If the strike continues due to the restriction of tanker lorry vehicles entering the refineries, the supply of fuel oil to ships will also be seriously disrupted.”

KIFFA said the government should issue executive orders to all the striking truckers, and not just those in selected segments.

The association said: “The strike has made it difficult for small and medium-sized import-export companies and logistics companies to comply with delivery dates, as the transport of raw and subsidiary materials has been blocked, and they are being forced into a situation of breaking contracts and cutting off business partners.”

The ruling People Power Party has also accused the Korea Confederation of Trade Unions, to which CSTU belongs, of serving as a spokesperson for North Korea, after the group posted a “message of solidarity” by a North Korean labour union on its website. In contrast, the main opposition Democratic Party is claiming President Yoon is hostile towards workers.

The Korean Railway Workers’ Union had threatened to begin a walkout at 9am local time, as it demanded a wage increase of KRW187,000 ($143) per month, a “transparent” promotion system and maintenance of the criteria for performance-based pay. The strike would have hit 85% of cargo services.

KORAIL agreed to work with the ministry of finance to resolve the wage grievance and to provide better working conditions, after a worker was killed trying to connect and separate cargo trains at Obong Station in Uiwang on 1 November.