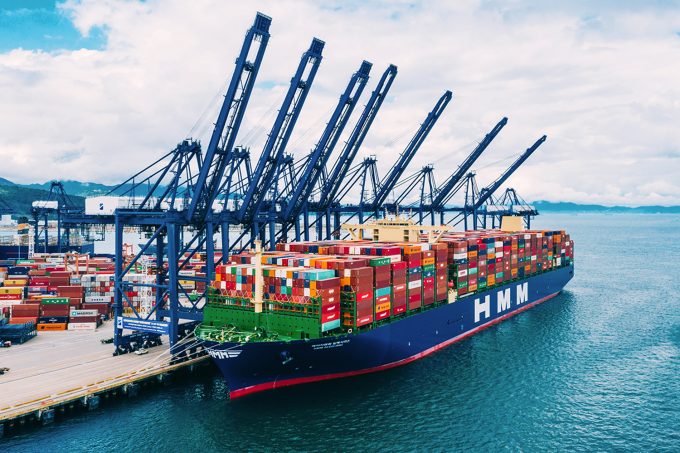 The container shipping industry posted a combined profit of $2.7bn in the second quarter of this year – every line publicly reporting financial results being in the black.

According to new research from liner analyst SeaIntelligence Consulting, the positive results were despite every line experiencing declining revenue and year-on-year volumes.

“Looking at the financial performance, the shipping lines have been able to navigate these uncertain times rather well,” said SeaIntelligence Consulting chief executive Alan Murphy.

Mr Murphy added that the second quarter was the first since 2010 in which all 10 carriers that publish financial results posted a positive ebit per teu, and revealed the surprising news that the formerly loss-making South Korean carrier, HMM, had made up substantial ground on the leading carriers.

“This is a very positive development for the shipping lines, as the pandemic did not impact container shipping to the extent initially feared,” said Mr Murphy. “Industry focus will likely now be on the third quarter, which is the peak cargo season.”

What remains open to question, however, is the extent ebit per teu was affected by the application of surcharges, which today were once more the subject of criticism from the UK’s British International Freight Association (BIFA).

Following a dramatic decline in fuel prices, carriers have begun to withdraw low-sulphur fuel surcharges, introduced at the beginning of the year to cover the IMO’s new regulation, but have become disconnected from the cost spread between low-sulphur and traditional heavy fuel oil since the onset of the pandemic.

“Forwarders do not like shipping line surcharges of any nature, and we are hoping other lines will follow suit and stop their low-sulphur surcharges, as well as reconsider their policies in regards to applying surcharges for anything from equipment imbalance to port congestion,” said BIFA director general Robert Keen.

“Over the past few years, the number of surcharges and fees has continued to grow – often with no real explanation or justification.In the last few days, I have heard that one line is introducing a ‘merchant haulage’ surcharge, while another is adding a ‘container compliance’ charge.

“Where is the justification for adding a surcharge for general costs involved in running the business of container shipping? Some surcharges should already be consolidated within freight rates, with any required fluctuation being managed against that figure,” Mr Keen said.