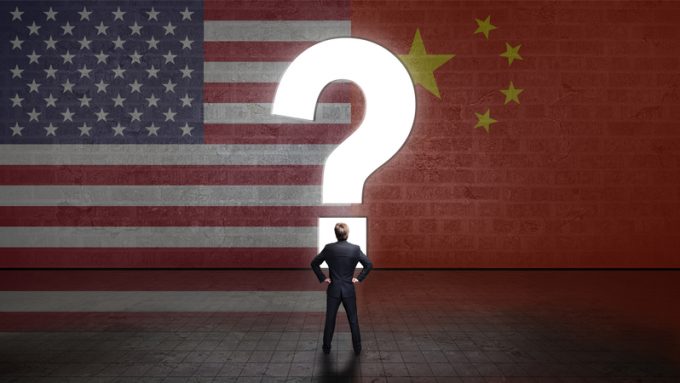 Thanks to the antics of the US president, also jokingly known as the best trade minister Canada ever had, Flying Fresh Air Freight’s Brendan Harnett has found planning for 2019 somewhat challenging.

The chairman and CEO of Canada’s largest perishables forwarder can look back on a strong 2018 when, faced with significant increases in tariffs on US seafood and fruit, Chinese importers ramped up their sourcing in Canada.

However, resolution of the stand-off between Washington and Beijing could dent Flying Fresh’s volumes. Anxious US seafood exporters are likely to try to recover lost ground with aggressive marketing campaigns if the tariffs go down.

The uncertainty over the trade conflict makes for tricky navigation for shippers and logistics providers alike. Flexport CEO Ryan Petersen has described the issue as “the biggest question mark and the biggest impact”. Brands don’t know what to do, he said.

The decision of the Trump administration to defer the increase of tariffs, from 10% to 25%, scheduled for January 1 and Beijing’s announcement of a resumption of US soybean imports and holding back on its plan to raise tariffs on US-made cars and auto parts, have given rise to hopes that the two sides are working towards a resolution.

Still, many pundits remain sceptical. They argue that an agreement is unlikely in light of the various bones of contention in play, and are urging importers to make alternative plans for their supply chain operations if they are sourcing from China.

Jon Slangerup, CEO of American Global Logistics (AGL), expressed hope that the US government would defer additional tariffs to beyond March. He noted that pressure was mounting on the administration to find a solution before the next round of tariffs.

“If it goes to the second tier of tariffs, the implications for American small and mid-tier companies will be dire,” he predicted.

So far the tariffs in place have not been passed on to the consumer, being absorbed by the importer or shared with Chinese suppliers, Mr Slangerup noted, but warned there was no room for further absorption.

Raising the tariffs to 25% would have a visible impact, because the rise would have to be passed on, he said.

According to nationwide campaign Tariffs Hurt The Heartland, American businesses paid $4.4bn in tariffs in September, a 54% increase over September 2017, although the total value of imports went up by just 10%. The same month saw US exports subject to retaliatory tariffs drop 26%, the campaign reported.

“Our payments for taxes and duties increased three-and-a-half times – even at 10% tariff. If you extrapolate that into a 25% world, the outlook is dire,” Mr Slangerup said.

And already the 10% tariff level is taking its toll on importers, AGL has found.

“We noticed people are pushing out payments. Cash flow is becoming an issue for SMEs,” Mr Slangerup said.

US camera maker GoPro has decided to rejig its supply chain, announcing in early December that it intends to move most of its production for the US market out of China.

However, GoPro has indicated that production for other markets would remain in China.

There is broad agreement that, for the most part, the tariffs are a contributing factor to company decisions to shift production out of China, a migration that has been going on for years already in response to rising costs there. Now, the tariff issue has pushed firms to take yet another look at their supply chains and contemplate alternatives.

Mr Slangerup said a number of AGL’s customers were in various stages of exploring alternative sources of manufacturing and supply.

“People are doing the best they can to cope with the uncertainty. They try to mitigate the long-term risk,” he said. “Customers are not only looking for the next sourcing solution, but they also want to optimise their supply chain.”

Trade protectionism a barrier to the recovery of global economies, warns ICS

Increasing trade barriers by governments around the world are hampering the global economy as it ...

SUPPLY CHAIN DIVE reports: – U.S. companies importing goods from China could be missing out on ...

Well, Toyota and Nissan are demanding the UK government pay any additional tariffs required if ...