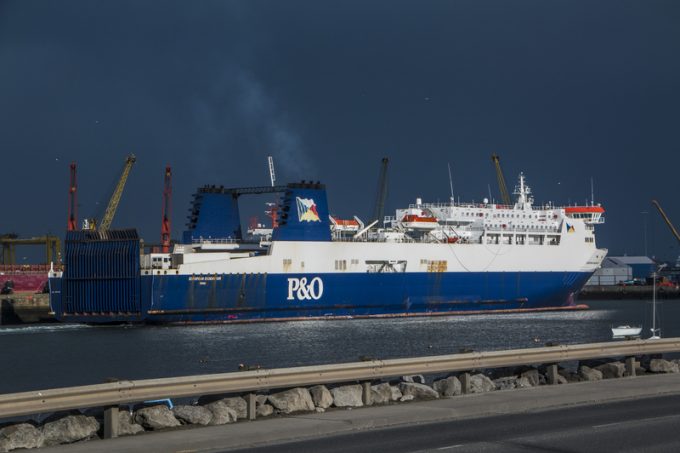 P&O Ferries has partially resumed its Irish Sea sailings and there are reports it is preparing to resume cross-Channel services, employing non-UK crews earning as little as $2.38 an hour.

The RMT union today claimed P&O Ferries’ crews at Dover had been replaced by Indian seafarers on that rate of pay.

“The news that the seafarers now on ships in British ports are to be paid $2.38 an hour is a shocking exploitation of those seafarers and another gut-wrenching betrayal of those who have been sacked,” said RMT general secretary Mick Lynch.

“The rule of law and acceptable norms of decent employment and behaviour have completely broken down beneath the white cliffs of Dover, and in other ports, yet five days into this national crisis the government has done nothing to stop it.

“These ships of shame must not be allowed to sail. The government has to step in and take control before it’s too late,” Mr Lynch added.

Meanwhile, the Nautilus union said it had seen an internal P&O Ferries communique showing the company had begun sailing the Norbank ro-pax vessel between Liverpool and Dublin. AIS data confirmed the vessel departed Liverpool on Saturday, bound for the Irish capital.

The union added: “Nautilus understands P&O also wishes to bring the Norbay back into operation from Liverpool, with crew from a Maltese agency established only in February to run its other vessels.

“Clearly, we are outraged by this. We call on the public to boycott P&O Ferries and to not travel with this shameful business,” Nautilus general secretary Mark Dickinson said.

“We ask the government to act in support of loyal UK seafarers, and we demand to know how its vessels can run with agency crew who are unfamiliar with the vessel. Operating a ferry is highly complex. It is not like jumping in a hire car. To keep passengers safe the crew must be trained, experienced and familiar with its operation.

“Yesterday the Maritime and Coastguard Agency (MCA) assured Nautilus it would carry out inspections of all eight P&O vessels before they were returned to service, focusing on safety drills. We call on the MCA to urgently inspect the vessels and make its investigation reports public,” he added.

According to he latest P&O Ferries update, its sailings on the North Sea, Dover Straits and between Scotland and Northern Ireland remain suspended.