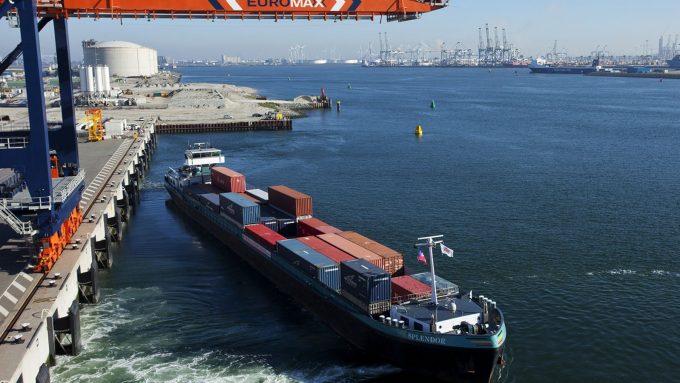 Europe’s inland barge terminals may find themselves overrun by an “avalanche” of containers as Shanghai’s lockdown ends, which could be by the end of the month, said one source today.

The warning comes as the worsening wait times along northern Europe’s canals appeared to be easing.

Contargo reported waits into Rotterdam of 57 hours, compared with 99 hours a week earlier, although another source seemed less than impressed with the decline.

“It’s the same shit as usual, long wait times, going on days, combined with a shortage of berth capacity and labour,” the barge owner told The Loadstar.

“But these already worrying wait times look set to get much, much worse within the next three weeks as we are hit by an avalanche of containers resulting from the Shanghai lockdowns, which will aggravate the storage issues that have plagued us for years.”

At the end of last month, consultancy Winward was reporting that one in five containerships was caught in congestion outside ports around the  world – more than a quarter waiting to get into Shanghai.

The Chinese authorities’ decision to lock down the city of 27m people on 5 April resulted in a 195% increase in the number of waiting vessels outside the world’s busiest port, compared with February, said Winward.

Given already “unacceptable” congestion plaguing Antwerp and Rotterdam, sources said they expected the pending influx of containers to wipe out any chance of a resolution.

However, one Hong Kong-based freight and logistics consultant suggested the problem it may be further off, noting the situation in Shanghai had yet to be resolved and there was still “very little” moving from the Chinese mega-port.

The source told The Loadstar: “I would expect it to be much later than three weeks, given that ships take 30 days-plus from Shanghai to Europe, and there’s still not much being exported.”

Bloomberg reported export growth out of Shanghai had slowed to 3.9%, its weakest pace since June 2020, at the height of the pandemic’s global supply chain disruption. And concerns are mounting over the long-term effects.

“For inland services, the only way barges get sorted is if the terminals start to allocate dedicated berthing slots, cranes and labour to handle them,” said the barge owner.

For more information on the impact of China’s lockdowns, check out this Loadstar Podcast clip of Lars Mikael Jensen, head of global ocean network at Maersk