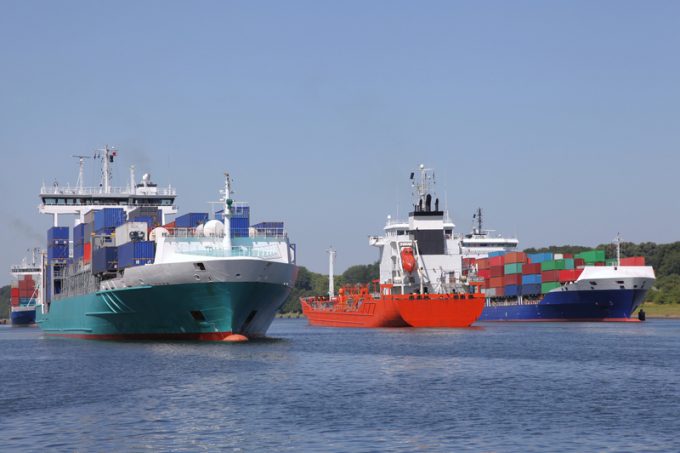 The much-hyped feeder cooperation agreement between THE Alliance members Hapag-Lloyd and ONE has fallen victim to Covid-19.

However, as part of Hapag-Lloyd’s recently announced “triple-digit-million-dollar” cost reduction plan to mitigate the impact of Covid-19 on its balance sheet, the carrier has suspended a number of its own feeder services, with a view to returning the ships to owners on the expiry of their time charters.

The suspensions, including Scandinavian and Baltic Sea relays Gothenburg Express (GTE), Sweden Denmark Express (SDX) and Russia Express (REX), said by Hapag-Lloyd to be “temporary”, have resulted in the carriers returning to using the services of commercial feeder services to cover customer commitments.

Commercial feeder operators have, in recent years, suffered from a trend by their carrier clients to deploy their own feeder vessels as soon as volumes justify the operating costs. Often this means that the feeder operator loses its base cargo with little notice and is additionally saddled with paying the daily hire rate on the under-utilised ship until the expiry of its charter.

Hapag-Lloyd has chosen to partner with Unifeeder for its Scandinavia and Baltic coverage between Hamburg and ports in Denmark, Sweden, Norway, Poland, Finland, Estonia and Russia.

It is understood that the agreement includes a facility for the Danish feeder operator to co-load on Hapag-Lloyd’s surviving North Sea Poland Express (NPX) service between Antwerp, Rotterdam and Gdynia.

It is unclear why the ONE volumes were not included in this month’s agreement with Unifeeder. A source close to THEA told The Loadstar he thought the announcement by Hapag-Lloyd on its deal with Unifeeder “could have been handled better”.

“ONE was caught on the hop and its customers were confused about the status of its Baltic relay operation,” he said.

Indeed, it was not until this week that ONE advised its customers of “alternate” offers for the Baltic.

Noting that “our partner has decided to suspend” the GTE, SDX and REX feeders “until further notice”, ONE said it had reached a “structural cooperation” with X-Press Feeders … “in order to continue to serve our customers”.

The three dedicated feeder strings operated by X-Press tonnage are the Denmark Sweden Express (DSX), between Hamburg and the Scandinavian ports of Fredericia, Copenhagen and Helsingborg; the Poland Express (PEX), shuttling between Hamburg and Gdynia; and the Belgium Baltic Express (BBX), a dedicated shuttle between the Benelux ports of Antwerp and Rotterdam and the Latvian port of Riga.

The ONE/X-Press agreement commences with the first sailing on the PEX service from Gdynia on 30 June, followed by the DSX sailing from Hamburg on 3 July and the BBX string from Rotterdam on 4 July.

Meanwhile, a source close to the deals said the agreements were for an initial period of six months, so it remains to be seen whether the carriers will change their strategy on feeder cooperation in the longer-term.