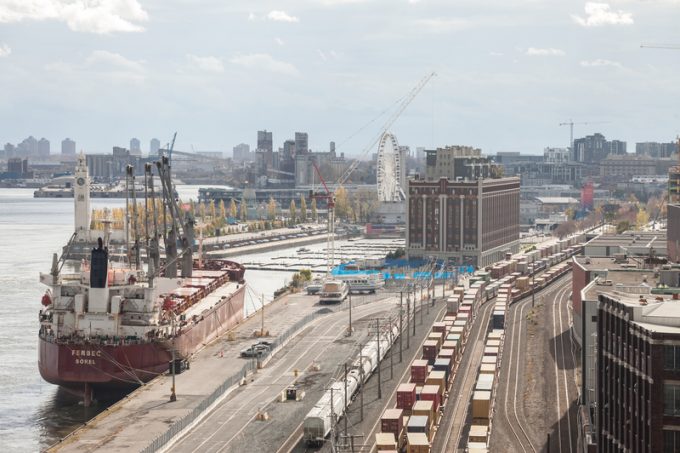 Shippers are beginning to make alternative routing arrangements in the event of a renewed strike at the port of Montreal.

And industry groups are warning that a new round of industrial action would seriously hurt supply chains and the Canadian economy.

Stakeholders are worried that a strike at the port could come as soon as late next month, when a truce between Maritime Employers Association and the Canadian Union of Public Employees, representing longshoremen, is due to expire.

On 16 February, the union informed its members that contract negotiations were suspended, and moved ahead with preparations for a vote on a 60-day strike mandate “as a preventative measure in case working conditions aren’t respected”.

The two sides have been at loggerheads since the labour contract at the port expired at the end of 2018, and last summer the confrontation escalated into industrial action that paralysed most of the port’s operations, causing severe disruption to supply chains that took two months to sort out.

The union mounted two four-day strikes, followed by an indefinite strike that lasted 12 days into late August when both sides agreed a truce.

Shippers and logistics providers are anxious to prevent a new strike. The Canadian International Freight Forwarders Association (CIFFA) warned it would pose a serious threat to Montreal, Quebec and the overall Canadian economy.

“We have still not fully recovered from the strike in the port last August, which according to Statistics Canada cost wholesalers C$600m (US$475m) in sales,” said CIFFA executive director Bruce Rodgers. “Another interruption will really stick a knife in the Canadian economy.”

He noted that some shippers and consignees had already made moves to shift cargo to other gateways. Some are set to route traffic through the ports of Halifax and Vancouver.

There have been suggestions that US east coast ports could be used for some cargo headed for Montreal, but Karl-Heinz Legler, general manager of Rutherford Global Logistics, is sceptical. Shipping via the US is cumbersome in the Covid era, he said.

And he added that rail car availability would be a difficult issue at alternative ports on either side of the border.

“You don’t have thousands of rail cars ready in case there’s an issue in Montreal,” he said.

And Mr Rodgers believes alternative routings would not be able to meet demand, warning: “If the strike goes ahead, we’ll see delays and lost business at a very significant level.”

Montreal-based logistics provider AGO Transportation has refrained from routing freight through alternative gateways so far. Buy Michelle McCaughan, senior director, sales & operations, said: “Last strike that turned out to be a disaster. We had cargo sitting in Halifax for two months that ultimately ended up being put back on a boat for Montreal as that was faster than waiting for rail.

“We will play the strike out by ear for now, unless the shipping lines re-route the vessel and in this case we have no control. Clients have not asked to have containers re-routed at this point.”

Mr Legler hopes a strike can be averted. Last year the federal government resisted calls for back-to-work intervention, but this time it may step in, he noted.