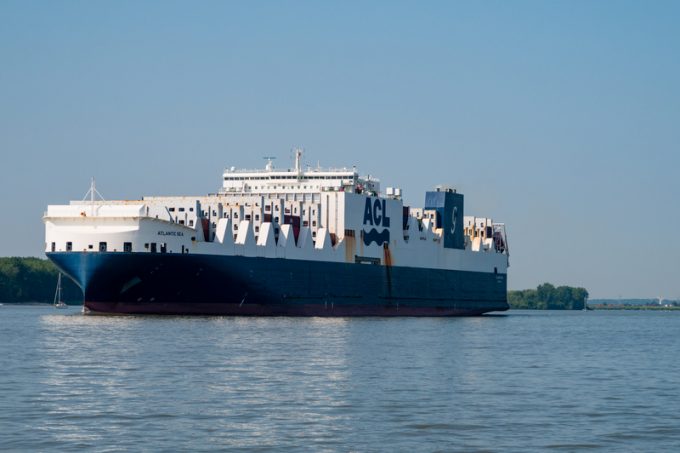 2M partners Maersk and MSC have extended the suspension of their TA4/NEUATL4 transatlantic loop through to September.

The service, which deploys five vessels with an average capacity of 5,300 teu and has a rotation of Antwerp-Rotterdam-Bremerhaven-Liverpool-New York-Savannah-Port Everglades-Savannah, was originally suspended until mid-June and to mid-July.

Maersk attributed the new move to “continued market demand reductions in North America and Europe caused by the Covid-19 pandemic”. The service is now stemmed to be reinstated from Europe in the first week of September and from the US mid-month.

Maersk said today it would “continue to review the demand picture and adjust deployed capacity as needed”, while MSC said it was continuing with its “prudent approach to capacity management during the Covid-19 crisis”.

In contrast to the main Asia-Europe and transpacific tradelanes, where carriers have seen a pickup in demand in recent weeks, trade between Europe and the US is still very much in the doldrums.

“The recovery is going to take much longer on the transatlantic than on the other lanes, if it ever recovers fully,” a carrier source told The Loadstar.

Indeed, one UK NVOCC said that the transatlantic market was “on the floor”.

“It’s definitely our most challenging trade at the moment, other routes are getting back to some sort of normal but the US market is very difficult at the moment,” he told The Loadstar.

The continued suspension of the 2M loop is a further blow to the UK’s struggling exporters in the north-west who will need to continue to rely on ACL’s weekly con-ro service as the only direct service to the US from Liverpool.

According to eeSea data, carriers blanked 25 (13%) of the scheduled 199 sailings on the transatlantic in May and have cancelled 17 (9%) of the advertised 187 sailings in June.

Notwithstanding the ongoing impact of the pandemic on the transatlantic trade, ocean carriers are bracing themselves for a second hit from the threat of the US imposing a raft of new tariffs on the import of European goods, part of a long-running spat over subsidies to aircraft manufacturer Airbus.

The US administration said this week it was considering imposing duties on 30 products, including beer, cakes, hardware products and clothing, imported from the EU and UK amounting to some $3.1bn in trade annually.

President Trump has also threatened duties on European cars after imposing a levy on steel and aluminium, prompting Brussels to tax some iconic US products such as denim jeans and motorcycles.

And with more European exports, such as Irish whiskey, Guinness, Baileys Scotch whisky and gin said to be on the president’s radar, European stock markets reacted badly yesterday with almost £50bn being wiped off of the FTSE 100.