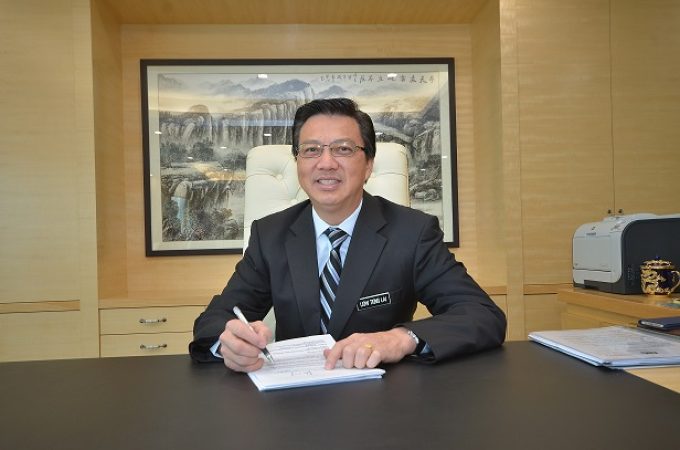 Malaysia is investing heavily in transport logistics infrastructure in its bid to become the preferred e-commerce gateway in Asia.

“The DFTZ is a special trade zone designed to promote the growth of e-commerce and to capitalise on the exponential growth of the internet economy, making Malaysia the regional fulfilment hub for ASEAN consumers,” said Mr Lai.

“It will serve to facilitate seamless cross-border trade and enable local businesses, especially SMEs, to export their goods easily with the help of leading fulfilment service providers.”

The DFTZ will complement the KLIA Aeropolis, an airport city development of more than 9,000 acres.

“All four of the major integrators and 20 of the world’s top-25 freight forwarders have operations at KLIA Aeropolis. It will be our gateway for South-east Asia, with connectivity of over 1,250 weekly flights within the region,” added Mr Lai.

Alibaba’s logistics arm, Cainiao, is investing Rmb500m ($118m) to set up a 60-acre e-commerce hub within KLIA Aeropolis. Last month Alibaba took majority ownership of Cainiao and announced plans to invest Rmb100bn ($15bn) in its global logistics network over the next five years.

In an interview with The Loadstar, Mr Lai said although Alibaba was instrumental in setting up the DFTZ, this would not exclude other e-commerce players from joining the initiative.

“Jack Ma was the one who gave us the idea for the DFTZ last year. Our Prime Minister quickly responded and we launched it in March and it will be ready by November.

“A lot of people are worried that Alibaba will stop other players coming in and reduce the local benefits. But we want everyone to come; we welcome Amazon and other players because Jack Ma is not coming here to create a monopoly but to help the local SME companies to grow in this digital era.”

Meanwhile, Malaysia’s other logistics infrastructure investments include a flurry of port and rail projects.

Port investments include the third terminal of Port Klang in Carey Island, the new Malacca gateway port, the re-development of Sepanggar port in Kota Kinabalu and the development of a new mega-port in Kuantan.

Despite the new ports in the pipeline, Mr Lai said he was not concerned about potential overcapacity.

“Before the government approves any port we want to see the potential, and who are they are working with, so there won’t be any worries about white elephants.

“For example, with Kuantan deepsea port, there are already players coming in and already customers booking berths, so we know how many teu will be there in the first year and the second year.

“We’re confident that all the ports being built will bring the country economic growth,” he told The Loadstar.