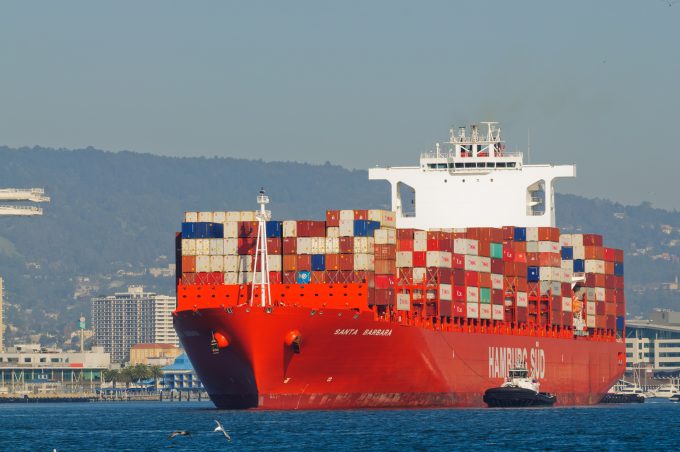 Maersk and its subsidiary, Hamburg Süd, have filed their defence against Florida furniture shipper OJ Commerce’s complaint to the US Federal Maritime Commission (FMC), alleging breach of contract, collusion and retaliation.

In its riposte, filed with the FMC on 8 December, with a redacted version released to the public yesterday, Maersk refutes all the charges and calls on the FMC to dismiss all claims against Hamburg Süd.

One of the chief complaints was that Hamburg Süd refused to deal with OJ Commerce. However, the line claims that, while it had not met the 200-container minimum quantity for the initial contract from June 2020-May 2021, falling short by 15 feu, it had continued to negotiate with OJ Commerce for a 2021-22 contract.

Those negotiations failed in May 2021, but Maersk says it has evidence that it continued to move OJ cargo after those talks ended, which it says shows it had not contravened the legal requirement to deal with OJ Commerce.

Negotiations with OJ Commerce CEO Jacob Weiss broke down, Maersk claims, because Mr Weiss refused to give a figure for a minimum volume commitment (MVC), preferring instead to give a range, 4,200 to 4,700 containers. Maersk wanted a single figure.

In addition, Mr Weiss wanted containers shipped from Asia to Kentucky, but Hamburg Süd sales representative Andrea Casanova had been reluctant to commit to this tradelane, given the shortages of drivers and chassis being experienced and the costs of inland transport.

Moreover, Maersk argues: “There was no agreement on rates for 2021-22, which would depend, in large part, on the MVC and tradelanes of any new contract. Considering that OJ Commerce proposed 70% of its volume on a tradelane Hamburg Süd declined, it cannot be said with any reasonable certainty that the parties would have agreed on rates.”

Maersk and Hamburg Süd continued to offer services to OJ Commerce even after the break down of contract talks, with the carrier offering services on the spot market, which it says OJ Commerce pointed out in its submission to the FMC.

As no rates were set and no contract concluded it would need the FMC to calculate losses on speculated rates, moreover Maersk says it is under no obligation to offer a service contract under the terms of the Ocean Shipping Reform Act 2022.

According to Maersk’s representation there were “many good reasons” for Hamburg Süd to refuse OJ Commerce a contract, not least because the company alleges that OJ Commerce was “overly litigious”.

Additionally, the US west coast and its supply chains were congested due to the pandemic, and as Hamburg Süd had failed to meet the terms of the initial contract, the company feared it would be unable to fulfil the terms of a new deal, and with the OJ Commerce having already threatened legal action on a number of occasions as a result of breaches of contract Hamburg Süd had decided not to offer a new deal.

Maersk claimed that any company contemplating entering into a contract with another would not be expected to enter a new contract with a company that was threatening litigation.

Furthermore, Maersk said OJ Commerce’s claims that Hamburg Süd “wilfully retaliated against OJC by immediately and abruptly cutting off . . . all shipping under the parties’ existing service contract” was “demonstrably untrue”, using the furniture company’s own data, which shows that between 28 April and 31 May 2021 the carrier shipped 20 containers for the company, 11% of its total volume with the line.

In addition, Maersk said that the initial complaint to the FMC on 23 November 2021 does not mention a refusal by the carrier to deal with OJ Commerce, but sought to recoup some $40,000 in detention & demurrage charges it claimed were unfairly levied.

“On February 18, 2022, OJC filed an amended complaint adding additional claims. To simplify discovery and without admitting any violation of the Act, HSDG refunded the disputed demurrage during the pendency of this proceeding, rendering that claim moot,” Maersk claimed.

According to Maersk, OJ Commerce has the burden of proof in this case, but its CEO, Mr Weiss, “does not do a very good job of presenting that case”.

The carrier said: “OJC tries to distract from the facts of this case by highlighting the irrelevant profitability of Maersk. The profitability of a regulated entity does not make its actions unlawful, just as a lack of profitability would not make them lawful. In any event, the 15 FFE shortfall in 2020-21 is at most a breach of contract; it is not a violation of the act.”

Maersk’s view is that: “Mr Weiss’ claims are not credible; his assumptions are unreasonable; and his damage calculations are unsupported and astronomical solely to attract headlines for settlement leverage.”

Mr Weiss told The Loadstar he would respond to Maersk by 23 December.

Meanwhile, chief administrative law Judge Erin Wirth, who is presiding in this case, will publish her initial decision on this case by 13 June 2023 with her final decision issued by 23 December.