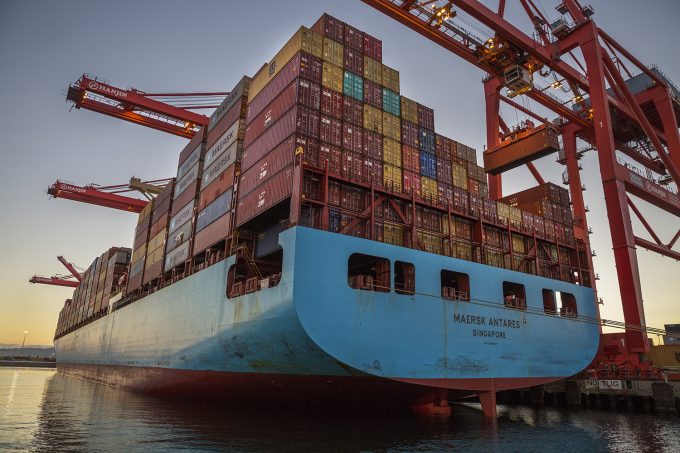 A Florida shipper has issued a complaint against Maersk and its subsidiary, Hamburg Süd, that includes a failure to meet contractual obligations and “retaliation and collusion” to manipulate the market.

The complaint raised with the US Federal Maritime Commission (FMC) on 9 November is by furniture importer OJ Commerce, which says the carriers failed to address the alleged contract breaches.

It said Maersk then retaliated by refusing to negotiate a new contract, which left the shipper unable to negotiate with other lines, which had by then completed contract negotiations, and it was forced to book cargo on the substantially more costly spot market.

The complaint claims: “Maersk has flaunted its own power and dominion in and outside of court by (i) charging exorbitant rates far higher than any in shipping history, (ii) refusing to honour contracts, (iii) levying outrageous demurrage fees, (iv) engaging in blank sailings to manipulate space, demand and pricing and (v) retaliating against shippers that dare to complain.”

Moreover, OJC claimed: “Maersk’s modus operandi is to flout the law and rake in profits.”

Much of the legal document is redacted, but it appears OJC had entered a contract with Maersk and Hamburg Süd to ship a minimum volume of 10 teu per week from 3 August 2020, but OJ Commerce said Maersk had failed to offer the contracted capacity.

A letter was despatched to Maersk on 16 October 2020 demanding Maersk meet its contractual obligations.

Details of an internal memo sent by Michael Gast, supervisor of Maersk’s US risk management team, fearing legal action were included in the papers submitted to the FMC.

The evidence claims Mr Gast asked what the line could do to meet its contractual obligations, stating: “Other customers are paying a premium for space presently but any additional profit gained from those premiums is going to quickly go out the window if this matter goes to trial.”

At the time Mr Gast calculated Maersk had fallen behind by 56 containers.

He added: “This is a very bad case for us which we will likely lose, so I must ask that space dispensation be granted for this customer and they be treated with hyper care for the immediate future until such time that things have stabilised and they have backed off their threats of formal lawsuit.”

Mr Gast concluded: “I do not have confidence in our ability to establish that we are doing our part under these terms. It also sounds like they have a lot of emails showing we have cancelled their bookings w[hich] will only serve to make us look bad in front of a judge and jury.”

As the contract was due to end, the two parties began negotiating for 2021-2022 and a decision was taken during negotiations to lock-in a higher minimum quantity with Maersk, which would make the shipper a favoured customer and guarantee space on vessels.

However, it claims Hamburg Süd had not met its minimum quantity obligation either, leaving OJC with 40 unshipped containers between June 2020 and May 2021. Another demand letter was sent but, according to OJC, Hamburg Süd refused to ship its freight and in retaliation, Maersk allegedly refused to agree a 2021-2022 contract.

Although Maersk told The Loadstar it does not comment on active litigation, a company spokesperson said it would be responding to the claims next month, as required by the filings timetable. It will then set out all the facts of the case, it said.

It is understood that Hamburg Sud is set to file its response and finding of facts on 8 December, with OJC’s response to that due on 23 December. An administrative law judge from within the FMC will decide on the case in the first half of 2023.