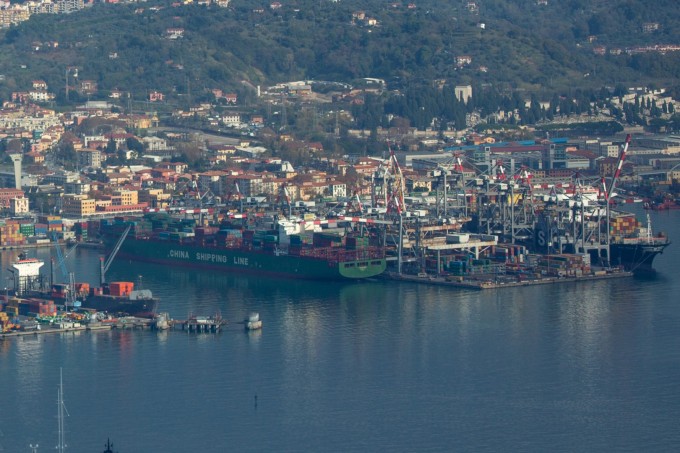 As the Italian port of Livorno today formally invites tenders for the construction and operation of its new container terminal, the country’s leading terminal operator, Contship Italia, delivered annual results that show its strategy to offer its facilities primarily as gateways to Europe is beginning to bear fruit.

The operator, which is also part of a consortium that operates one of the Tanger Med terminals in Morocco, reported a group-wide throughput in 2015 of 6.3m teu, a decline of 4.5% from the 6.6m teu its handled in 2014. This was largely due to a reduction in transhipment volumes at its hub-and-spoke facility of Gioia Tauro, located at the tip of the country.

“Medcenter Container Terminal (MCT), in Gioia Tauro, and Eurogate Tanger saw a slight fall in volumes, generally consistent with the Mediterranean transhipment market trend,” the company said in a statement, adding that the 14.2% reduction in throughput at Gioia Tauro, from 2.97m teu in 2014 to 2.54m teu, was “mainly due to network adjustments by the shipping lines in the Mediterranean hubs”.

However, its gateway terminals serving shippers in Italy and central and southern Europe all saw growth. In particular, its flagship facility of La Spezia (pictured) appeared to benefit from both its own expansion project and the expansion of its 300,000teu capacity Melzo intermodal hub, located near Milan, which allows Contship to offer shipping lines and cargo owners a combined terminal-intermodal service.

According to the latest Container Trades Statistics data, Italian imports from Asia, a key source of containers for Italy’s gateway ports, declined year-on-year by 5.7% in the third quarte last year, and followed similar declines for the previous two quarters.

“As the group’s customer base extends to the total supply chain in Italy, southern Europe and beyond, Contship’s alternative gateway solutions are gaining momentum, providing opportunities for shipping lines, freight forwarders, and cargo owners to re-think their options in terms of faster, more efficient and environmentally friendly transport.

“Italy has changed and will keep changing. Contship will continue to drive that change in the supply chain sector,” she added.

The company expects to make further investments in both Melzo and its in-house “over-the-Alps” intermodal operator Hannibal, and it will likely need to, because further port competition will arrive in Italy over the next couple of years.

Livorno’s plans include a 72ha terminal, with over 1km of quay, costing over €800m. Some €500m is expected to be provided by the Italian government, the Tuscany regional government and the port authority, with the remainder from the private operators.

The tender was originally scheduled to be launched last autumn, but was delayed due to arguments over the depth alongside, explained port authority president Giuliani Gallanti.

“Tuscany Region asked for depths of up to 20 metres alongside the new quays to accommodate the ULCVs [ultra large container vessels] of the latest generation. However, this would have led to a major revision of the project, which provides for depths up to 16 metres.

“We found a solution: the wharves will rest on a 20-metre depth so that the operator that wins the tender is free to decide what depth to dredge the seabeds. Needless to say, it must be enough to accommodate 14,000-16,000 teu vessels.”

“By linking directly the new infrastructure to the rail network the facility will offer importers and exporters an all rail-route to warehousing and manufacturing centres in Italy and beyond,” Mr Gallanti added.

The port currently has a 13-metre draught, and critics have argued that even dredging down to the 15 metres required to handle the largest ships would present difficulties in terms of winning the environmental permits.

Meanwhile work is also continuing on APM Terminals’ new facility at Vado, located less than 20km south along the coast, and which is set to open in 2018. In November APMT signed a MoU with the port of Qingdao which is expected to lead to the Chinese group investing in the facility.

The port is seeing some €450m of government and private funds funnelled into its development with an initial offering of 800,000teu capacity. Last year APMT also acquired the port’s privately owned conventional reefer terminal.

Africa Confidential has published a potentially explosive report on corporate comings and goings at Ghana’s ...

APM Terminals has appointed Maureen Bannerman (pictured) as the new managing director of its Bahrain ...

The exciting prospect arguably is how terminal operator mergers could lead to a wider port ...

APM Terminals has appointed Lars Vang Christensen (pictured above) as the new managing director of its facility ...

Danish shipping and logistics group Maersk reported a net profit of $1.3bn for fourth quarter of ...