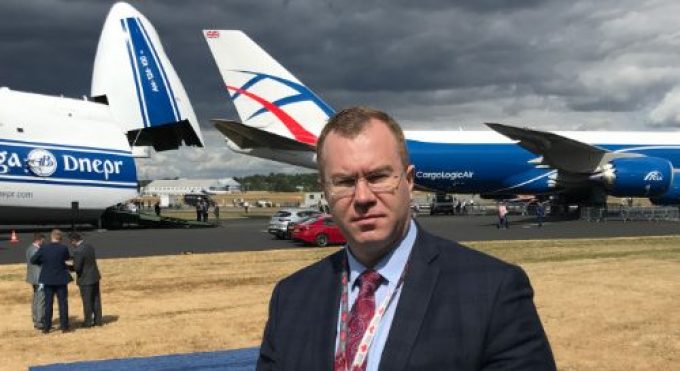 Since 2018, he has been executive president, cargo charter operations for Volga-Dnepr Airlines, and has headed CargologicManagement.

Meanwhile, following the recent restructuring at Cargologicair, Nadeem Sultan has become chief executive officer of the UK’s only freighter airline. He joined the carrier in January as chief operating officer but was given the top job on July 1.

Mr Sultan joined the UK airline from AirBridgeCargo, where he spent a year after a four-year stint at Qatar Airways Cargo as vice president cargo operations. Prior to that he spent 10 years at Atlas Air.

Mr Vekshin joined Volga-Dnepr initially in 1997, but left for a role at Bertling Logistics and then Centurion Air Cargo. He returned to Volga-Dnepr in 2016.

He will be responsible for implementing a marketing and sales strategy for the group, which comprises Volga-Dnepr Airlines, AirBridgeCargo and Atran. He will also supervise the centralisation and digitalisation of all the sales teams.

The group – and Cargologicair – shareholder Alexey Isaykin, said: “It is through our group’s joint successes that our company is in a good state of health while continuing to solve our clients’ objectives during these challenging times. Konstantin has exceptional experience and unique knowledge, which is appreciated throughout the air cargo industry.”