News / Investment in Amazon Logistics will grow, as outsourcing goes on... for now 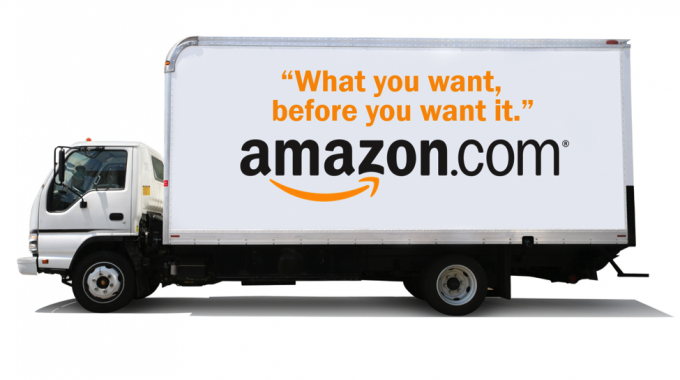 Amazon plans to retain its current mix of outsourced and in-house logistics operations – for now. But it will continue to invest in its own transport capabilities, to cater for growth.

In an earnings call last week, as Amazon announced its first-quarter results, CFO Brian Olsavsky told analysts the company was growing its own teams.

“We have a great group of carriers that we use globally … But we’re also growing our teams and capabilities to ensure that we can keep up with increased volume on our own, particularly around the holiday season.

He added: “We will continue to operate with this combination of external partners and internal capability. We like what we see so far with our Amazon Logistics capability. It’s well over 50% in some countries, particularly the UK.

“It helps with Prime Now and AmazonFresh and a lot of initiatives that we’ll see… So we think it’s a core competency that we have and we need to have, and we’ll continue to invest in that.”

Amazon is also investing in Brazil and is reportedly in talks with Azul Cargo Express, the freight arm of carrier Azul, which in December, signed a contract with postal operator Correios to launch an integrated logistics company with 50.01% control, giving it a strong network around the country.

And, earlier this month, Azul announced it was leasing two 737 freighters, to deliver in the second half.

“We see the need to have some dedicated narrowbody aircraft to support the growth of our cargo business,” said Izabel Reis, director of Azul Cargo Express. “With these planes, we’ll have greater versatility based on the needs of our clients, and we will also be able to offer new services, such as air charter. With no doubt, these cargo planes will support our fast expansion.”

Meanwhile, Atlas Air will continue to see 767-300Fs delivered monthly through the year for Amazon, taking the total up to 20 by year-end.

Mr Olsavsky also revealed that Amazon had had very high inventory levels at year-end, and was continuing to invest in warehouses, albeit at a slower growth rate.

“We were concerned a bit about the relatively high inventory and we’re still very full in our fulfilment centres. But we were able to correct that due to the high sales, without having additional handling and transportation cost that you would normally see [if you] reconfigure inventory locations.”

“CapEx, which is predominantly tied to our fulfillment centre network, is up 47%. That is above the Amazon fulfilled unit growth rate, but we combined the strength of the Fulfilment By Amazon programme and the space requirements as we get into bigger and bigger products. That’s a representative number for that period.

“On the capital leases, which is a good proxy for the spend to support the AWS business, that’s up 49% year over year on the trailing 12 months.”

You can see the transcript of the earnings call on Seeking Alpha, here.