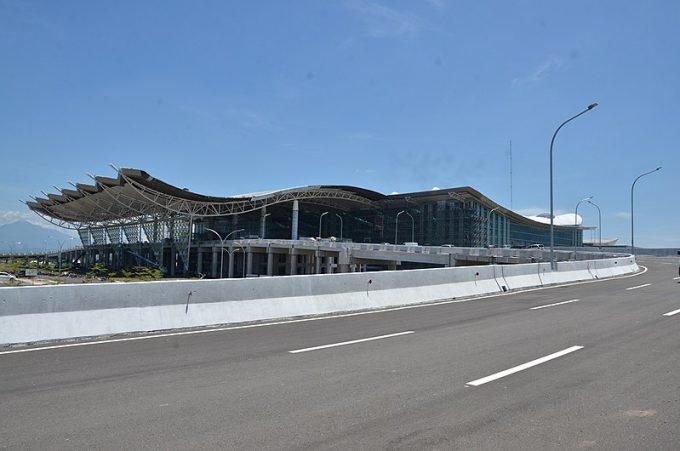 Located 170km from Jakarta, near Bandung in West Java, the country’s second largest airport opened in May 2018 at cost of US$153m.

Kertajati was built to handle passenger flights, but, according to local media, passengers have largely stayed away, leaving the airport’s utilisation at just 20%.

Now, according to Indonesian logistics advisor Valkyn Dmello, the airport has a “golden opportunity” to become a major national and regional air cargo hub.

“The airports in Jakarta are very congested,” he told The Loadstar. “But with 1,200 ha of land and a 3km runway that can be extended, Kertajati has the capacity for 50 years of growth.”

Fuelled by Indonesia’s insatiable appetite for e-commerce, its air cargo volumes have grown rapidly in recent years, jumping double-digits in 2018 to reach 1.12m tons. Similar growth is expected this year.

The resulting congestion at Jakarta’s Soekarno-Hatta International Airport, which handles the vast majority of cargo volumes, prompted plans for a new 148,000sq metre air cargo village at the airport.

The project’s progress has been slow, however, Mr Dmello said, and suggested Kertajati could be a perfect solution, given the airport has the space and is already operational. He is working with the local government and multiple stakeholders to set up a task force to get the project off the ground.

“There’s a lot of excitement because of the space available and the fact that the airport is already operating but only managing around 60 flights a week,” he explained.

“Kertajati is under-used because they built it before access roads for passengers were good enough. So passengers complain. But cargo doesn’t complain – as long as it’s efficient.”

The plans for Kertajati are ambitious and extend beyond simply handling spillover cargo from Soekarno-Hatta. For example, Mr Dmello highlighted the success of Hyderabad Airport in India as a possible model for Kertajati and its air cargo potential.

“Hyderabad is a small city in India, but right now it’s number-one in its category for 10 million passengers and it’s a cargo hub with all the major carriers there. It’s also home to the largest Amazon distribution centre outside the US. So if they can do it, we can,” he said.

“One of Indonesia’s big e-commerce firms has large activity there due to high percentage of small enterprise activity around West Java, and says there’s a lot of small and medium sellers on its platform that would find Kertajati a better export hub than Jakarta.”

He believes Kertajati could become a regional hub for large integrators such as UPS and FedEx, too. The airport could “approach these ‘big boys and offer economic parking and landing rights so they can use it for long-haul flights and cheaper refuelling from a regional perspective, and not just for Indonesian cargo.”

“It’s such an important project, because at the moment we’re not able to bring any of the big boys into the country – we don’t have Amazon, FedEx or UPS using a hub or DC here, even though it’s the largest economy in South-east Asia,” he explained.

The large consumer market surrounding Kertajati also means it could attract some of the big electronics and smartphone manufacturers. Mr Dmello said the likes of Samsung, Huawei and Xiaomi were all exploring their options in Indonesia.

“Some of them are looking at Batam, but Kertajati is better because it’s nearer Jakarta. So we can go out to these guys once we have support from the government and offer land and a free trade zone.”

Kertajati could also target the aviation industry’s maintenance, repair, and overhaul (MRO) market. According to a recent report by Indonesia’s Aircraft Maintenance Services Association, only half of the country’s $1bn MRO market is handled domestically, due to issues with land availability, and so Indonesia is losing out to regional rivals.

“We’ve heard Airbus is looking at setting up an MRO for helicopters at one of the smaller private airports in Jakarta,” Mr Dmello said. “So it wouldn’t be too much of a stretch for them to use Kertajati for larger projects as a strategic ASEAN base.”