News / ICTSI plans to build on a profitable first half, boosting terminal expansion 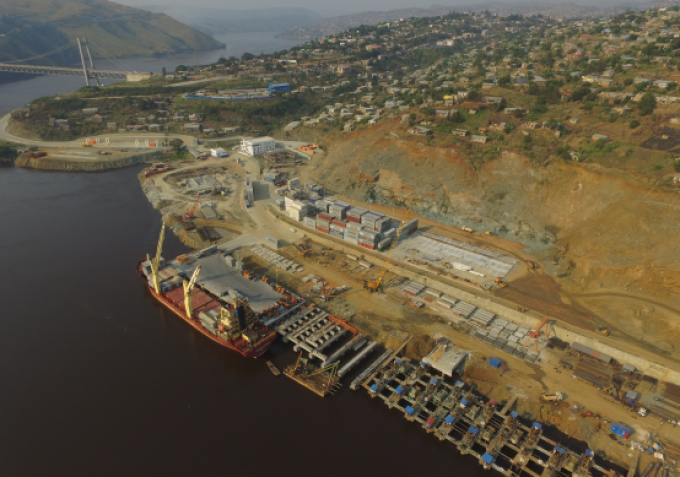 It attributed the increases to developing operations at its new terminal in Matadi, DRC, and also noted “strong operating income contribution” from terminals in Iraq, Mexico and Brazil.

Volumes rose 7% to 4.5m teu, in part because of new terminals ramping up operations and improvement in emerging markets. ICTSI pointed in particular to Basra, Manzanillo, Matadi and Melbourne.

The company has been expanding with some vigour, which has also led to an increase in costs – financing charges and other expenses rose 29% to $59m, while cash operating expenses were 9% higher at $221.7m.

Consolidated EBITDA rose 13% to $289.7m on the back of its growth, although start-up costs in Melbourne pulled the number back.

The port company plans to spend more in the second half – capital expenditure is expected to be $168m, as opposed to $71m in the first half. The budget is destined for the completion of its projects in DRC and Iraq, the second stage of the Melbourne project, expansion in Mexico and Honduras, and capacity expansion in Manila. It has also invested $19.7m in Buenaventura in Colombia.