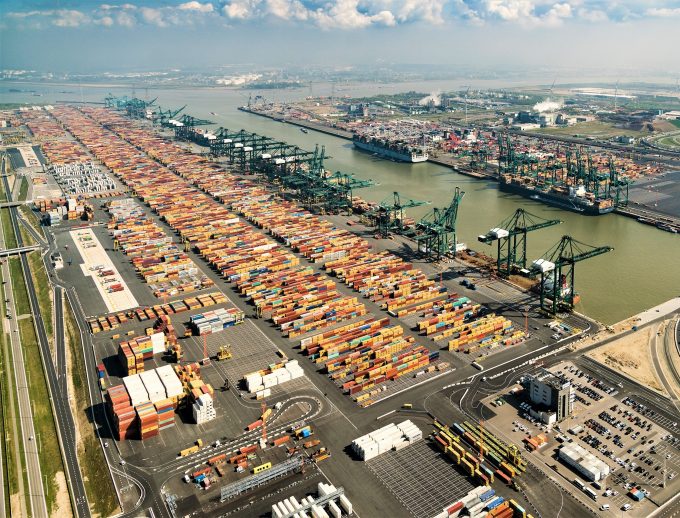 The recent death of an 11-year-old accidental victim of drug gangs in Antwerp has pushed European authorities into stepping up the battle against the supply chain of illegal drugs – despite it being a fight described as “unwinnable” by Belgium’s deputy prime minister.

Drug-related crime in Antwerp has increased, which has driven some to ask whether shipping and supply chains are too open to abuse by organised criminals.

The Belgian authorities are to implement stronger measures to halt the flow of drugs into ports and airports, including Antwerp, in the news recently, named, with Rotterdam, as one of the two major European drugs gateways.

Cocaine is the main drug smuggled into Europe and the two ministers last week held a joint press conference, noting the interception of more than 160 tonnes last year, but Mr Van Peteghem told The Loadstar the battle against drugs and associated crime was “unwinnable” because of the high demand for illegal substances.

He said: “The use of drugs is becoming more and more normalised in society, and so users of drugs need to look in the mirror at themselves, as they’re putting our security in danger.”

Mr Van Peteghem, who is also finance minister, has earmarked €70m ($75.78m) to help Customs fight the drug gangs with five new mobile scanners, one for every container terminal in Antwerp, and the facility to order more scanners as needed. And a new artificial intelligence system will help the scanners to rapidly identify tell-tale signs of drugs in containers.

He added that another 108 customs officers would be recruited.

Moreover, Mr Van Peteghem said similar defences were being placed at other key ports and airports around the country – although he pointed out that drug smuggling at airports was dwarfed by organised crime’s ocean operations.

Ms de Vries and Dutch Customs and their Belgian counterparts consider their collaboration with industry and with regional authorities in Latin America, the US and beyond to be critical in the battle against the trading of illicit goods.

It is a collaboration the logistics industry is keen to develop, and for once there is unanimity across the supply chain.

Global Shippers’ Forum director James Hookham told The Loadstar: “There is no way to tell how ‘open’ supply chains are. Did Antwerp intercept all of what was sent or just a fraction? What was the pattern of interceptions? What were the methods of concealment? Were containers compromised opportunistically or systematically? What is the trend?”

Cocaine is Europe’s drug of choice, and the UN Office for Drug and Crime (UNODC)’s World Drug Report 2021 highlighted how post-pandemic cocaine traffic to Europe from South America was evolving.

“Supply chains once dominated by a few organised crime groups are changing, with many more groups involved,” said the report.

Italian and Spanish organised crime gangs with connections in Columbia were now being challenged by Balkan gangs, some of which were cutting out intermediaries and sourcing cocaine directly from producers.

Meanwhile, vessel operators, possibly shaken by the discovery in 2019 of 20 tonnes of cocaine on the MSC Gayane and subsequent jailing of eight of the vessel’s crew, late last year, have also stepped up anti-drug activity. The World Shipping Council (WSC) says drug trafficking has surged and all transport modes are open to this threat.

“The WSC and its members have over past years intensified our collaboration with the customs community and law enforcement agencies to support them with insight into ocean liner operations, providing open communications and exchanging information to combat drug traffickers,” it said.

The WSC held a joint meeting on the subject with the World Customs Organization and UNODC, in June last year.

Freight forwarder association Clecat told The Loadstar discussions between the authorities and industry had centred on making sure increased security did not slow trade. Director general Nicolette van der Jagt added: “Our Belgian member, Forward Belgium, did share its concerns about possible delays in the logistics process on behalf of the entire port community.

“They are looking at this together with customs in Belgium and are well aware that any additional control should not impact the process flow.”

Ms van der Jagt also pointed to the general EU policy on risk assessment related to the import control system, ICS2, which is seeing the reform of the EU’s customs pre-arrival safety and security programme.

“ICS2 will gradually replace the import control system in three releases until 1 March 2024. Release 2 for air freight will start on the 1 March this year. Other modes, including maritime transport, will start on 1 March 2024.  This is the new advance cargo risk management platform, where information needs to be provided 24 hours before loading at the port of departure with a more detailed data element,” she explained.

In a bid for faster delivery of import containers, Bangladesh Customs has extended its authorised ...