News / French hauliers to receive €400m state aid, and others call for help 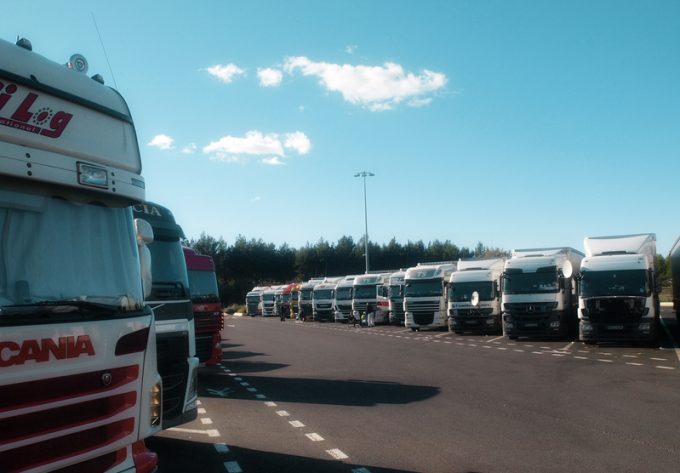 France’s road hauliers are to receive direct state aid of €400m ($441m) to soften the blow of surging fuel prices.

The emergency package removes the threat of national-scale industrial action due this week to highlight the impact of the hikes on the sector – although there were reports of isolated protests yesterday, with fuel depots and some major roads blocked.

“The aid will concern more than 500,000 vehicles and will be paid out quickly to strengthen the cash flow of companies,” said employers’ organisations the Fédération Nationale des Transporteurs Routiers (FNTR) and Transport et Logistique (TLF).

It will be allocated on a per truck/gross laden weight basis, with individual aid ranging from €400 to €1,300.

French haulage firms will also continue to benefit from a rebate of €0.15 per litre of diesel or per kg of gas fuel.

Meanwhile, in Germany, the national road haulage and logistics federation, Bundesverband Güterkraftverkehr Logistik und Entsorgung (BGL), claimed SME firms in the sector were “struggling to survive” being “confronted with challenges on an unprecedented scale”.

Last week, the BGL called for “quick and practicable counter-measures from politicians, in view of the ongoing fuel price explosion with its devastating effects on the German transport industry”.

It demanded an immediate crisis summit headed by the federal economy ministry and “significant temporary relief” in the price of diesel, LNG [liquefied natural gas] and CNG [compressed natural gas].

BLG also urged the government to update price indices weekly instead of monthly, “otherwise the price escalation clauses take effect far too late”, and for haulage firms customers’ payment terms to be shortened “to provide the transport companies threatened with insolvency with liquidity more quickly”.

In addition, it called for the obligation to file for insolvency to be suspended, in the same way it was during the coronavirus crisis, and for a CNG/LNG rescue package to be set up for companies that have largely converted their vehicle fleets to climate-friendly technology.

The FNTR and the BGL are partners in the European road haulage lobby group known as the Common Office (CO), with the Nordic Logistics Association (NLA), which represents hauliers in Scandinavian countries. Last week, CO called for urgent action to tackle the current crisis in the sector.

“The rapid and dramatic increase in fuel prices is preventing many companies from continuing to operate, with diesel costs easily accounting for a third of total transport costs. Many companies are facing the risk of bankruptcy as they make financial losses on every transport run,” said the group.

The NLA’s Brussels-based CEO, Torsten Laksafoss Holbek, told The Loadstar: “We are happy for our French colleagues, and encourage governments to introduce similar support measures in the Nordic countries. To this end, we would welcome a European approach, which could come in the form of the temporary relaxation of diesel duties within the remit of the Energy Taxation Directive, bearing in mind that a level playing field is important.

“But if that is not on the table and, since the situation calls for action, we are not against national aid packages within the framework of state aid rules.”

BGL spokesperson Martin Bulheller added: “We are happy for our French colleagues and would appreciate a similar solution for Germany. Our transport companies need help urgently. We’ve noticed that many (EU) member states are supporting the industry and, of course, there is a risk of distortion of competition when some states help and others don’t.

“That is why we would like the EU to monitor the different packages. We would also appreciate if the EU publicly states that the road freight industry is key to maintaining the supply chain and that our companies need temporary help to tackle in a coordinated way the different subsidies to our sector,” he added.